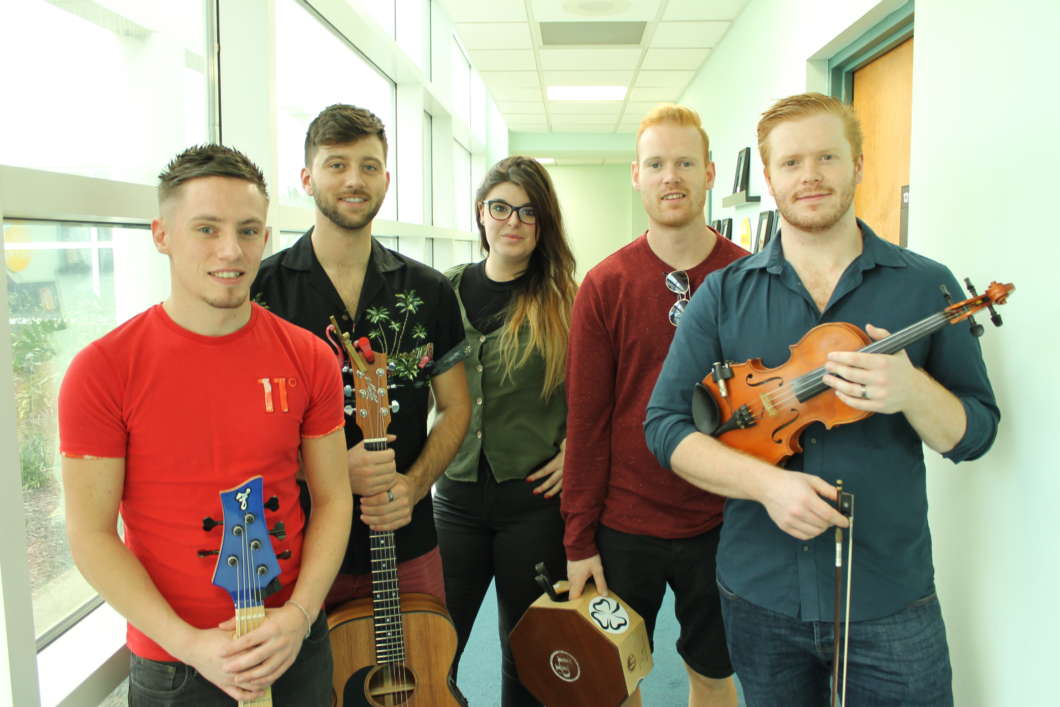 Fiddle player Cameron Ross is a finalist for the BBC Radio Scotland young traditional musician of the year competition. For the last couple years Ross, who’s from Scotland, has been playing with the Raglan Roots Coalition band at Raglan Road Irish pub at Disney Springs.

We caught up with Ross before he flies out for the competition, and Ciaran Keating, who manages the band and choreographs the live shows.

Ross also plays guitar, mandolin and percussion, but “the fiddle’s what I’ve been playing the longest,” he says.

“The other things are just for fun,” he adds.

Other competitors in the Young Traditional Musician of the Year are performing on bagpipes, guitar, flute, vocals and fiddle.

“That’s what I’m worried about at the moment, just trying to do my best against the variety that there is,” says Ross.

Ciaran Keating says the pub recruits musicians through social media and word of mouth, with musicians auditioning in Ireland before joining the band at Disney Springs.

“Our talent ranges from the UK and Ireland mainly,” says Keating, adding that a new fiddle player from Canada will join the band once Ross leaves.

They perform Banish Misfortune  and The Czar of Munster. Ross performs a track called Leaving St. Kilda. Click below to listen to the three tracks.

The Czar of Munster