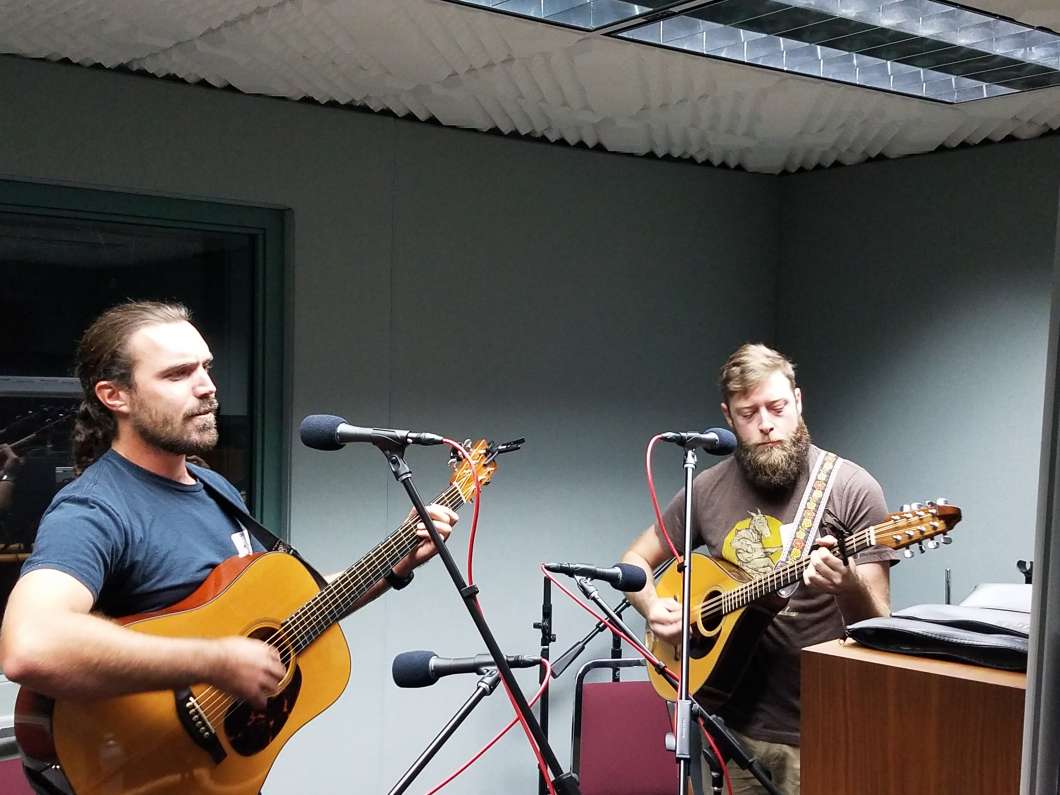 The Bronx Boys, Dan Lowery and Alan Murray, channel the spirit of generations of Irish musicians with tunes handed down over hundreds of years, and they also play some great American songs.

Lowery plays flute and guitar, and Murray plays the bouzouki. Both of them sing too.

Lowery says he began his career as a professional musician after graduating from college.

“I thought I would try playing music for a year and see if I could make a living doing it, and it worked,” says Lowery.

Murray says he started learning the tin whistle as a 9 year old when his family moved from Jacksonville FL, to Scotland.

“It’s kind of the first instrument you learn as a kid because it’s the cheapest. The downside is it’s also the most annoying.”

Murray says he picked up the whistle again after moving to New York and getting involved in the Irish music scene.

The Bronx Boys perform Snowin’ On Ratone and The Nightingale.