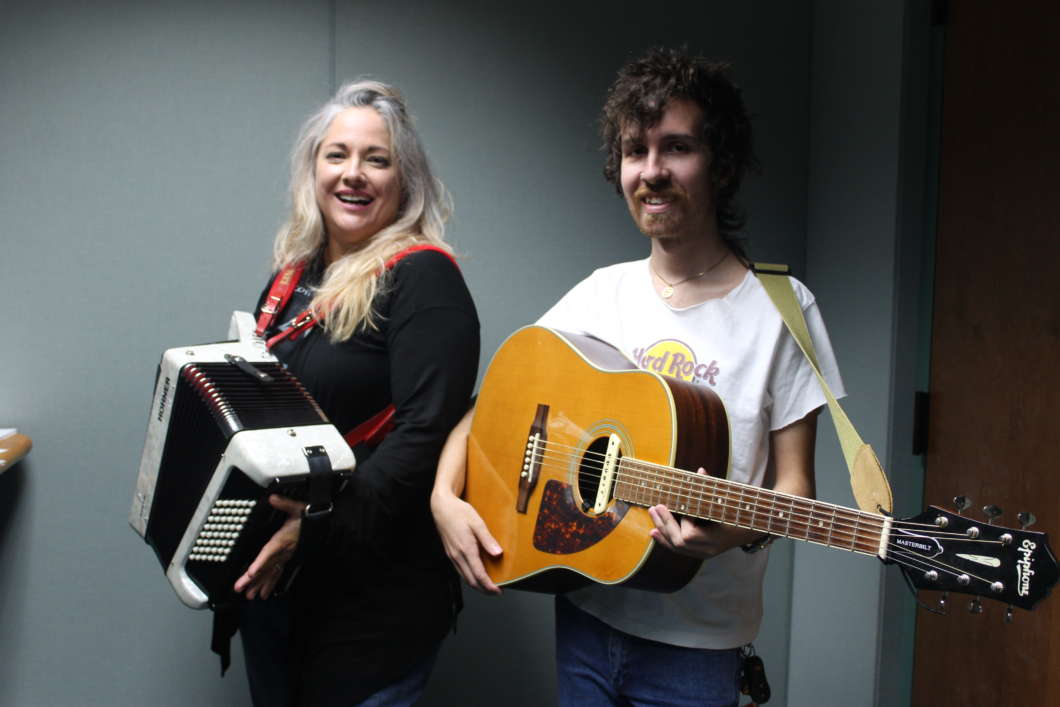 Singer-songwriter Beth McKee recorded her new album, “Dreamwood Acres,” in her friend’s basement last summer in North Carolina. It was a team effort that included Grant Peyton, guitarist and vocalist, to create what she describes as “free-range music.”

“We just had a blast recording these songs and let the songs kind of dictate what the style would be. We didn’t behold ourselves to any one particular genre or style,” McKee says.

McKee founded “Swamp Sistas,” a group to facilitate a music community just for women. She hosts the group at her house where they perform on Facebook Live and gain inspiration from each other.

“Quite a few of these songs grew out of a song challenge that I send ahead of time for each of our gatherings for us to meet. Then we kind of play all our songs for each other. It’s kind of a reason to write a song,” McKee says.

The cover art for the album stems from a connection Peyton’s family has with photographer, Jerry Uelsmann.

“Beth was looking for album artwork and talking about, ‘I want something kind of surreal, dreamy,” and I said why don’t you check out this guy Jerry Uelsmann,” Peyton says.

On Aug. 18, “Swamp Sistas Songwriter Circle” will perform at Blue Bamboo Center For The Arts.

“It’s kind of the best of both worlds. We have the songwriter vibe and the energetic vibe of an ensemble,” McKee says.

McKee and Peyton join us to perform “Echo Chamber” and “Resurrection Mary” off their new album.