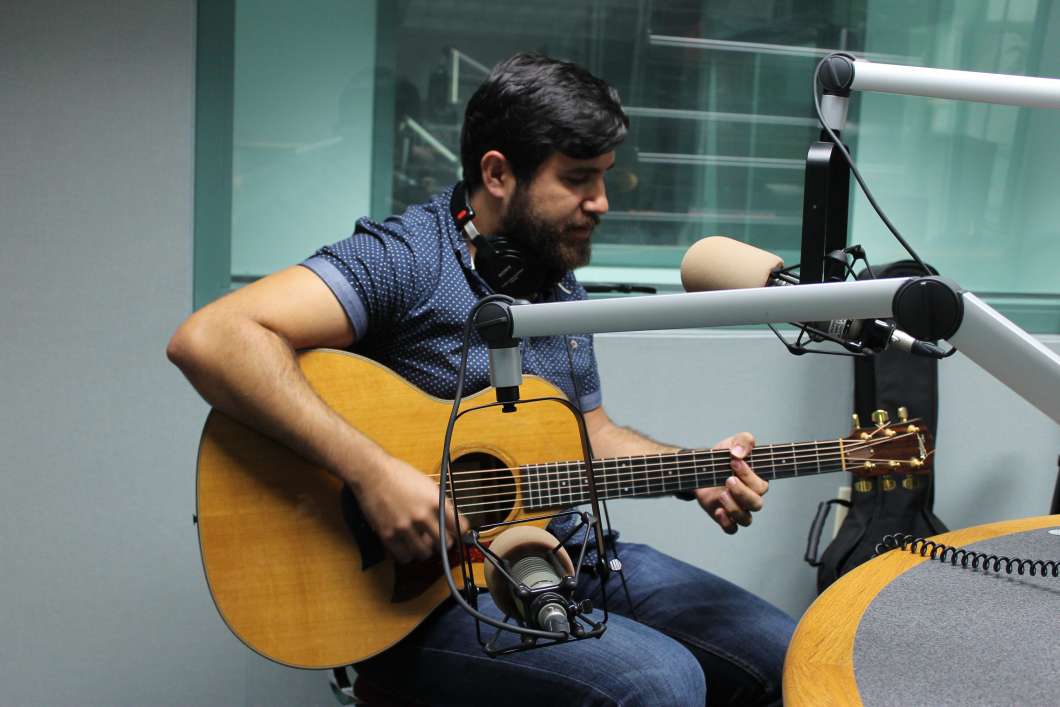 Singer songwriter Anthony Rouhana’s music spans genres, with influences ranging from the Beatles to the blues era and jazz.

Rouhana has been hosting open mic nights in Orlando for years.

“It’s a great way to network and communicate with other musicians,” says Rouhana.

He says he enjoys seeing people get up on stage and perform for the first time.

“Doesn’t have to be music, could be comedy, poetry.”

“I’ve seen people start that way, and then you watch after two or three months, or maybe a year, and all of a sudden they’ve come into their own as a musician,” he says.

“And you remember when they were kind of scared to get on the stage.”

When he gets inspiration for a song, Rouhana records it on his cellphone.

“You don’t have to worry about walking around with a tape recorder or running back to the computer. You can just put your phone on and you can record an idea.”

“Sometimes I’ll listen back to songs I forgot I wrote,” says Rouhana.

“I back up all of that stuff because if you lose that… for me it’s like losing a lifeline. There’s still songs that are trapped in these hundreds of recordings that I still haven’t had the chance to go back and listen to yet.”