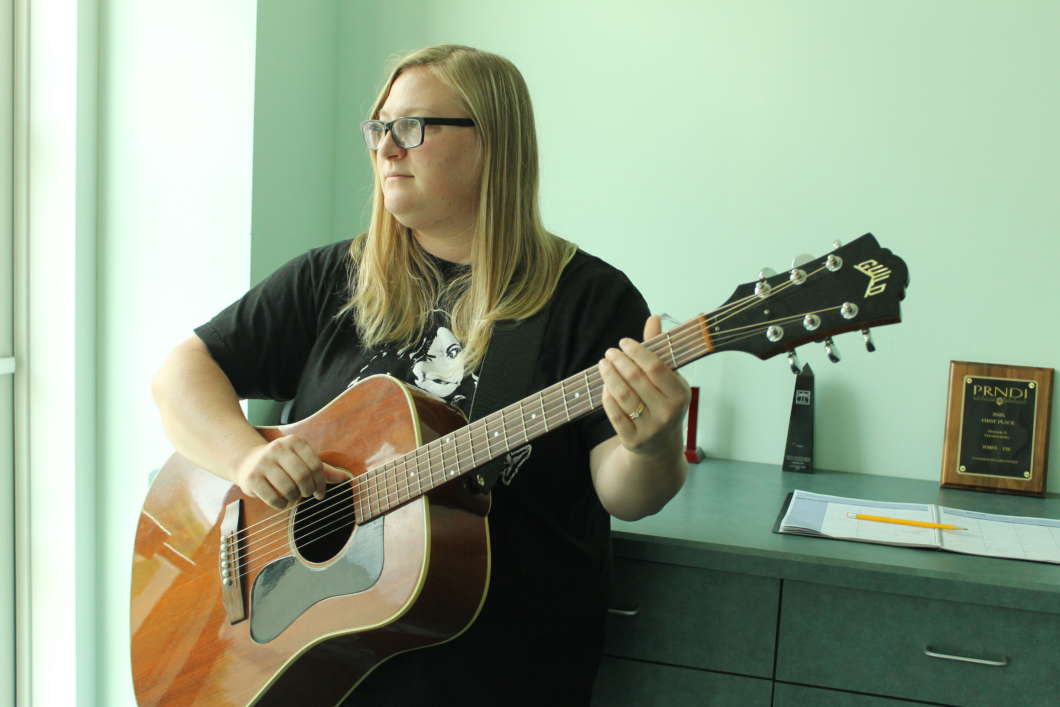 Lake County based singer songwriter Amy Robbins released an album earlier this year. The album’s called Maple Sparrow, which was the name of her previous musical project.

Robbins is performing under her own name now: she says naming the album Maple Sparrow was a way to bookend that part of her career and signal a new direction.

She joined us in the studio to talk about her music and perform Make It Big and Blame The Whiskey.