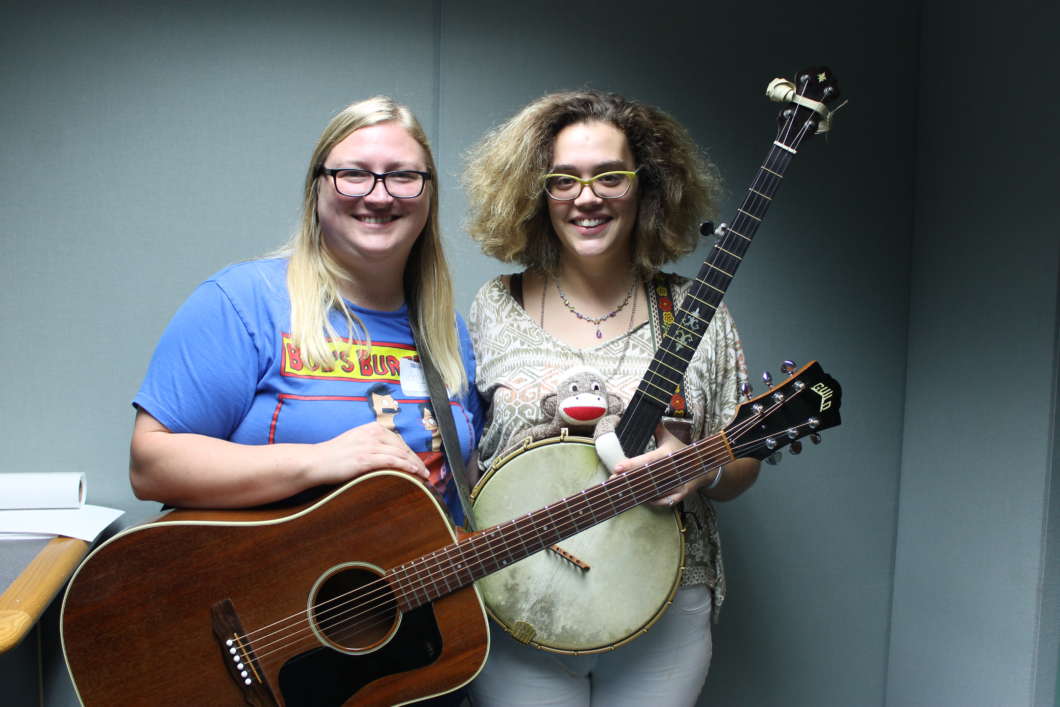 Amy Robbins and Gailanne Amundsen are part of a new generation of artists in Central Florida tapping into the tradition of Americana and bluegrass music.

Robbins plays guitar and bass and is the creative force behind the band Maple Sparrow.

“It kind of started as a stage name,” says Robbins.

“When my husband and I moved into our house in Howey in the Hills, Florida, which was a family home for him, his grandmother had left some things around the house,” she says.

“I was cleaning out one of the closets and this little wooden bird fell out, and I said ‘Oh it’s a maple sparrow, look how cute that is,’ and we looked at each other and said ‘That’s a stage name,’ and it kind of stuck.”

Amundsen says Florida may not have some of the legacy of American roots music you’ll find in other states like Virginia.

“I do miss that when I’m here, I miss the tradition and the family legacies,” says Amundsen of the bluegrass scene in Orlando.

“But it’s still all there for us, and now we’re starting our own legacy,” she says.

Amy Robbins and Gailanne Amundsen joined intersection to perform The Worries,  Boy Blue and Someone Like You.

This interview first aired on Intersection in September 2018