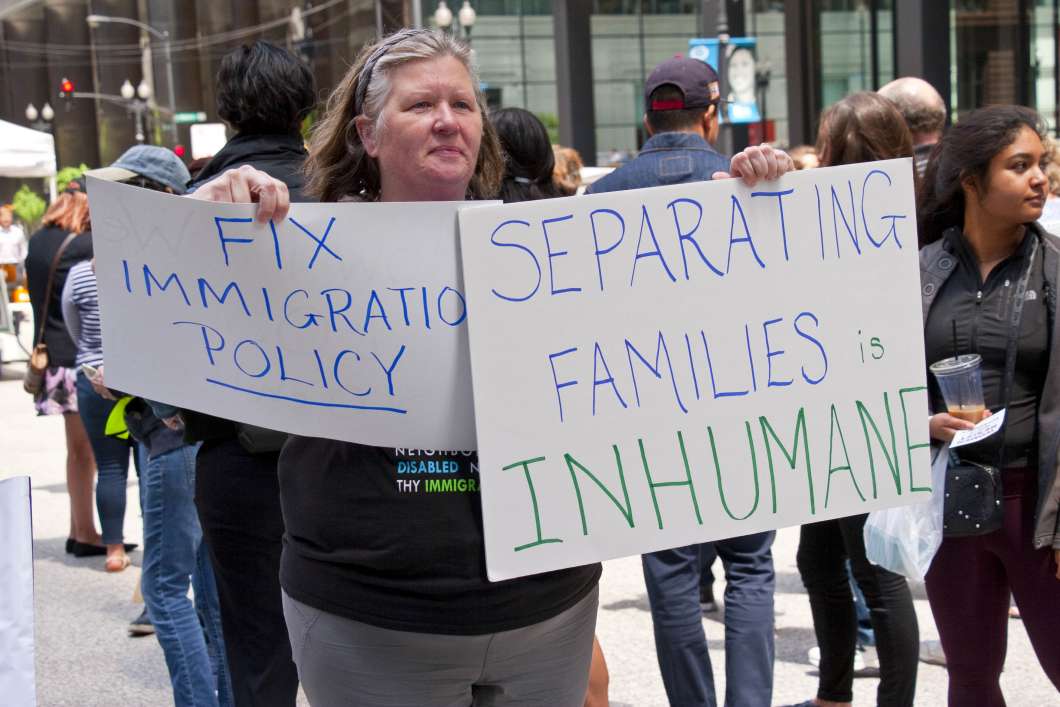 President Trump signed an executive order on Wednesday that he says will end the separation of parents and children crossing the US border illegally. So what does it mean for undocumented immigrants, including children, in detention?

“We stand at a crossroads,” Gihon tells Intersection.

“The interesting part about this is it’s really a criminal prosecution policy that caused all of this and not an immigration policy,” Gihon says.

The executive order “doesn’t change the 100 percent prosecution goal that they have.”

Currently, the children who have already been detained either accompanied or not “have a whole lot more rights than your typical adult who crosses the border without having a visa.”

Gihon said there are “10 to 12 thousand children currently in immigration detention nationwide” and most claim asylum.

“The majority of these children are claiming asylum, claiming a fear of going back to their home country. Many of them were able to win their asylum cases until very recently when the attorney general kind of turned our asylum case law upside down in a decision that really changed the landscape,” Gihon says.

Gihon adds many undocumented immigrants “still don’t understand that the future isn’t necessarily going to be rainbows and unicorns for them.”

On the notion of zero tolerance immigration policy and the threat of family separation and detention, Gihon says “it’s going to be a slow trickle of this family separation policy and all these horror stories. It’s going to be a slow trickle back into Central America to act as a deterrent, but I think eventually it probably will, if not for a long period of time at least a short period of time.”