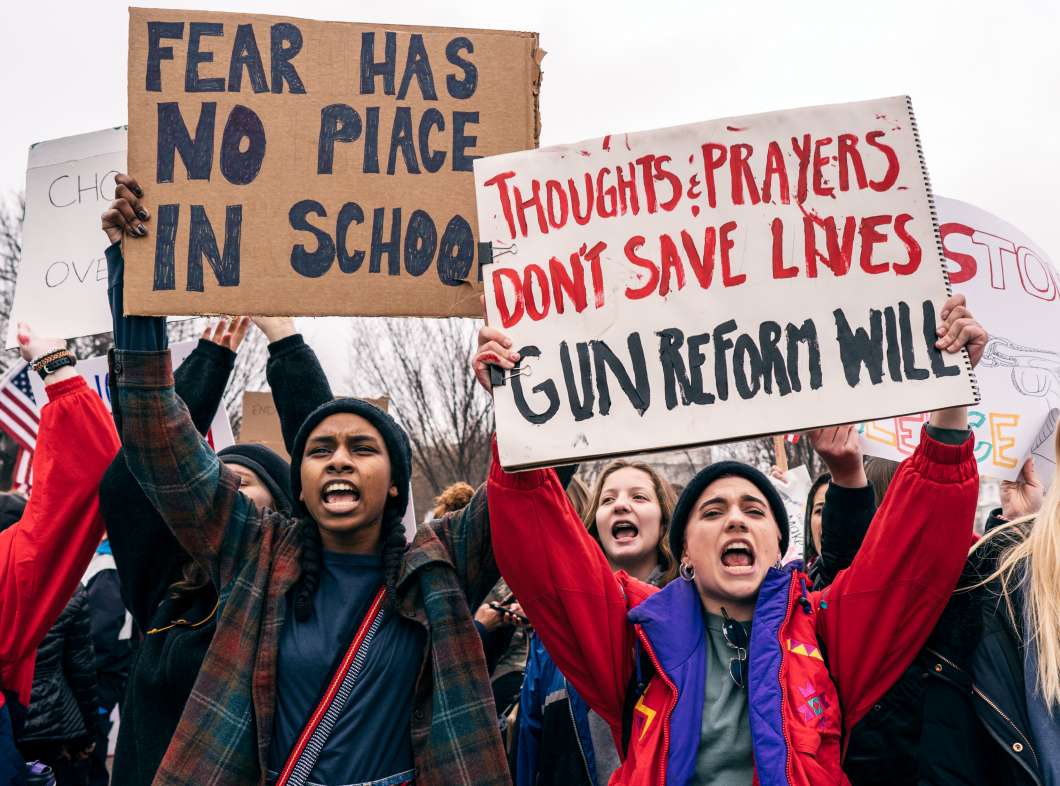 Students in the Washington DC area at a protest organized by Teens For Gun Reform on Februray 19th, 2018. Photo: Lorie Shaull, creative commons

After the Parkland school shooting, students from Marjory Stoneman Douglas High school are leading a cry of never again. They’re calling for tighter restrictions on guns – particularly the type of semi-automatic rifle used in the shooting.

But amid the rallies and calls for gun control, others see the shooting as a moment to head in a different direction.

Two Central Florida sheriffs say it’s time to consider arming and training some teachers to respond to a shooter.

And there are calls for beefed up security at the school perimeters, including metal detectors, armed guards, hardened doors and windows.

Are teachers willing to take on the responsibility of arming themselves against a potential attacker? Would it make parents and students feel more secure knowing their teacher is carrying a gun? Are they willing to see schools turn fortress like in their security measures? And who’s going to pay for all this?