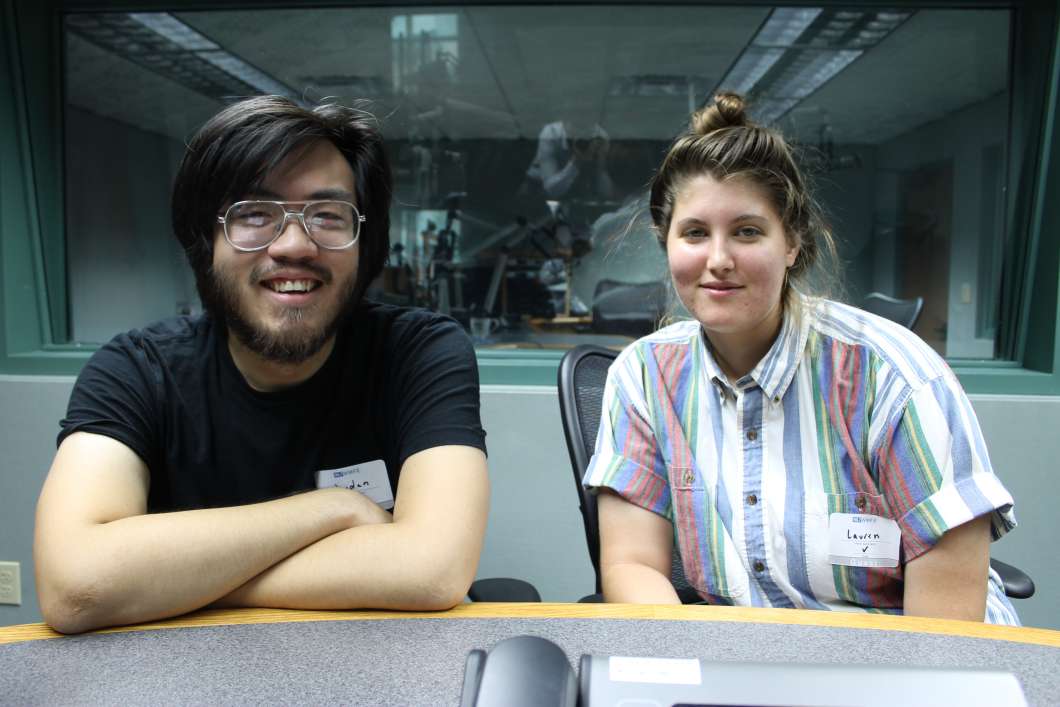 Jordan Shih and Lauren Morgan perform under the name SALES. Their music’s been described as low-fi, nuanced, indie pop.

Shih and Morgan have known each other since high school and have been working together on SALES together since 2013.

“That’s when we wrote Renee, and we’re a fairly young band I would say,” Morgan said.

Shih said he wrote the song ‘Sorry Bro’ after getting in a fight with Morgan. “Yeah we got in a huge fight. I don’t even remember. But I felt bad about it,” Shih said.

“We weren’t talking for a few days. And I just felt really bad, and started working on music, and that’s what I tracked up.

“It’s one of my favorite tracks actually,” said Morgan.

SALES newest album will be released single by single on a month to month basis starting in September, Shih said.