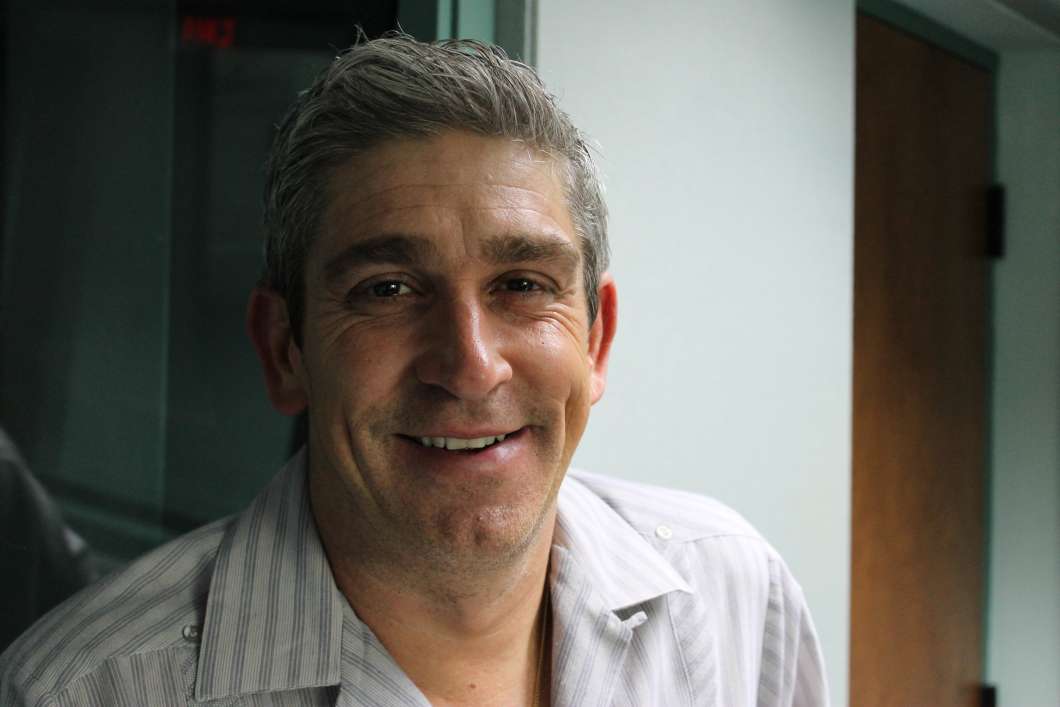 Richard Blanco was the inaugural poet at President Obama’s second inauguration in 2012.

That put Blanco in the company of poets like Maya Angelou and Robert Frost. Blanco was also the youngest poet, the first Latino, the first immigrant, and the first gay person chosen to read his poetry at a presidential inauguration.

Richard Blanco stopped by the studios of WMFE on a visit to Orlando for the Valencia College Winter Park writers festival.

Blanco says the piece he wrote after the shooting in Orlando, “One Pulse, One Poem,” is “not necessarily the poetry of ‘I’ but the poetry of ‘we’. I just was moved in that direction as well, seeing that the poem could perhaps be something useful for someone else besides my own process.”

Blanco says the idea of home and our responses to memory are central to his poetry.

“As an immigrant myself by 45 days, a child of Cuban exiles, it’s something that’s my obsession,” he says.

“That’s another thing that’s in the Pulse poem,” says Blanco, adding the nightclub was not just a place to dance.

“Since you’re a little kid you want to go to that home, where you’re going to be able to live your life without shame, without fear. And that was Pulse.  That was supposed to be a safe space, and that makes it for me personally even more tragic, you go to this place to be community, to be at home, and something like this happens.”

Blanco sees parallels in his poetry to his previous career as an engineer.

He worked on urban planning and streetscaping projects “sitting with a community, to try and reach some kind of consensus in terms of what home means to them, trying to shape that into brick and mortar.”

Blanco says he sometimes goes back to the urban planning projects he worked on.

“The analogy would be if you could drive through a poem you built,” says Blanco.

“All that which is just abstract in your head, then two dimensional in plans suddenly becomes a three dimensional life form, with people in it. It’s one of the neatest feelings in the world.”