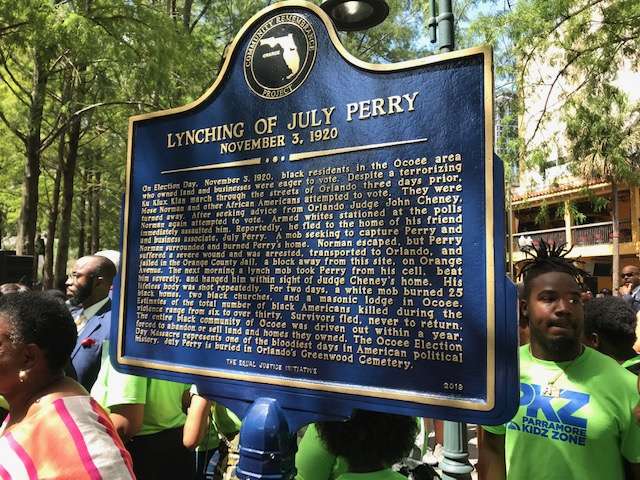 Next week marks 100 years since the Ocoee Massacre. Attempts by African American residents to vote on election day triggered a violent reaction from a White mob, who lynched Ocoee resident July Perry and burned homes and churches, wiping the African American community off the map.

Estimates of the number of people killed in the attack range from six to more than 30.

The city of Ocoee is remembering the victims with a series of events throughout the week.

We revisit a conversation that aired on Intersection in March 2019, with John Ashworth and Margaret Vandiver with the Memphis Lynching Sites project and historian Joy Wallace Dickinson with the Orange County Truth & Justice Initiative, about making sure the history of these events is not lost.

“The event in Ocoee was, for a long time called the Ocoee riot, but is now usually called the Ocoee massacre, one of the most influential and dramatic events that happened in Orange County,” said Dickinson.

“For a long time just was a taboo to even talk about, I think, in both the black and white communities.”

“The other thing that’s important to keep in mind as we talk about this, this racial terror, is to understand the links between that and where we are today,” said Ashworth.

There really is a straight line, and it’s a difficult conversation, but there’s a straight line between the terrorism that existed then to send the message and where we are in terms of race relations today.”

Dr. Vandiver said it’s important to acknowledge the past, no matter how painful, in order to make progress .

“I kind of think of the past as the ground we’re walking on. And you can ignore it if you want to, and you can pretend that there’s not quicksand in front of you. But when you walk through it, you’re going to sink and you’re not going to make any progress.”