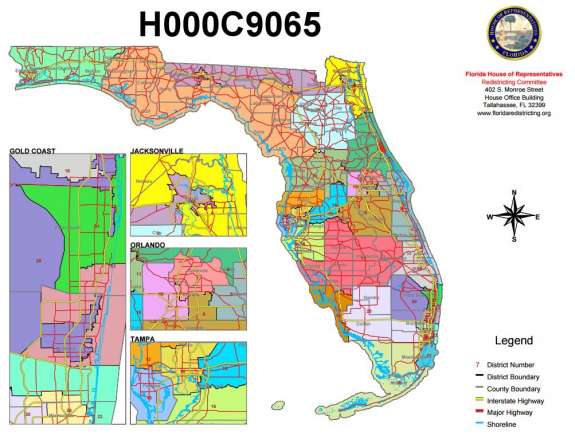 State lawmakers are back in Tallahassee this week. They’ll have another go at drawing up congressional maps after the Florida Supreme Court ruled 8 of the 27 districts were unconstitutionally gerrymandered.

It’s the second time the legislature has been recalled to Tallahassee for extra time this year, and it won’t be the last. In October they’ll take up another special session- this time to draw up state senate maps.

Redistricting is complex and prone to political missteps. State lawmakers are proving that right now as they gather in Tallahassee to put together new congressional maps free of political influence- This hour we’ll explore some of the pitfalls of redistricting- and how some lawmakers say the process could be improved.

Congresswoman Corinne Brown says the Supreme Court got it wrong.  We’ll also hear from Panhandle Republican state rep. Mike Hill, who says the Court is out of bounds with its ruling. What exactly is going on in Tallahassee?  political scientist Aubrey Jewett walks us through the complex process – while former state lawmaker Paula Dockery, and the chair of the Orange County Democratic Party Carlos Guillermo Smith explore what these new maps mean for the future of Florida politics.