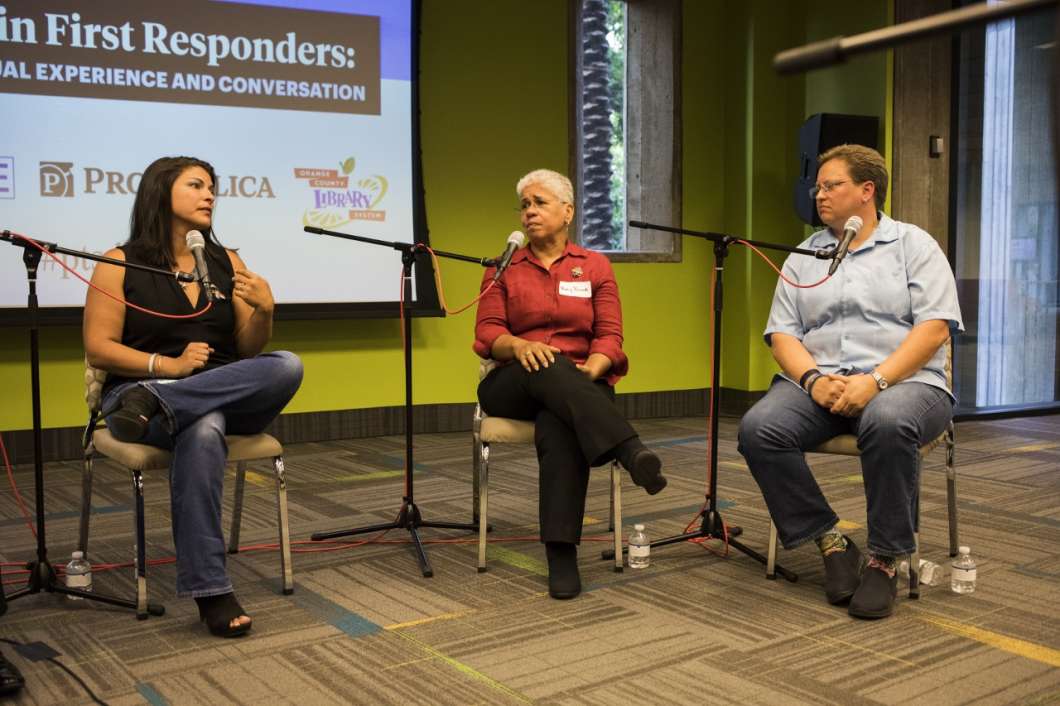 Post Traumatic Stress Disorder is something first responders have been grappling with for decades, but the Pulse nightclub shooting cast a spotlight on the issue.

On this episode of Intersection we hear from first responders, and explore how awareness of the impact of PTSD in first responders is changing the law, and the way PTSD is treated.

And we look at how the Pulse shooting is changing the way police departments, sheriff’s offices, fire departments and others on the front lines of emergency response talk about the mental health impacts of the work they do.

Part one of the program features  90.7’s Abe Aboraya, who is working on a year-long project with ProPublica examining the impact of PTSD on first responders; Jeff Orrange who runs a peer support program with the Orlando Fire Department; US Rep. Val Demings who represents Florida’s 10th congressional district and who worked to get legislation passed to address mental health issues facing first responders; and Daniel Oates, Miami Beach Police Chief  and former chief of police in Aurora Colorado.

Listen to the first part of the program here:

The panelists were former Eatonville police officer Omar Delgado, who responded to the Pulse nightclub shooting; Orlando Police officer Allison Clarke, one of the first responders to Pulse; Jessica Realin, whose husband Gerry was on the OPD hazmat team that went into nightclub after the shooting; and former New York PD sergeant Nancy Rosado who’s a 911 first responder.

Listen to part two of the program here:

To watch a video of the entire live event, click here.

For part three of the program our panel is joined by Deb Beidel, Professor of Psychology and Medical Education at the University of Central Florida and Director of UCF RESTORES, a program which helps people with PTSD.

Listen to part three of the program here: