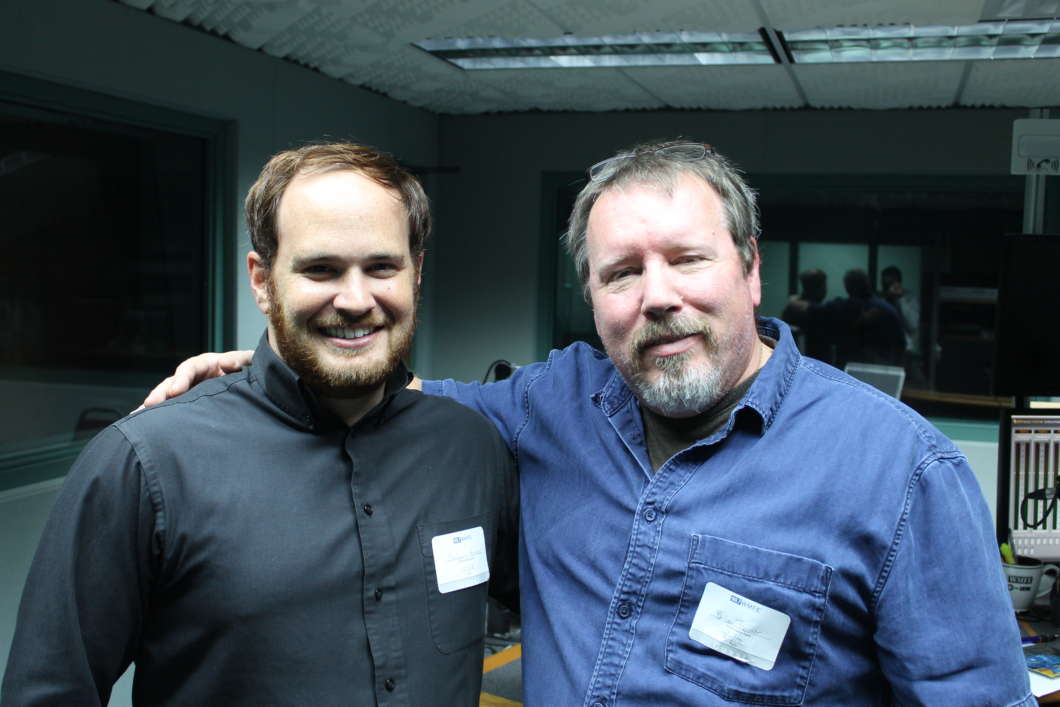 Orlando based writer Brian Turner is best known for his poetry. Turner’s collections Here, Bullet,  and Phantom Noise and his memoir My Life as a Foreign Country draw on his experience in the US army.

Turner’s newest project is a bit different though. He assembled a group of musicians, The Interplanetary Acoustic Team, and they’re releasing an album 11 11 (Me Smiling) that includes lyrics by his late wife, the poet Ilyse Kuznetz, who died in 2016.

Brian Turner joins Intersection for a conversation about the album along with Ben Kramer who performs bass, keyboards and theremin and engineered the album.