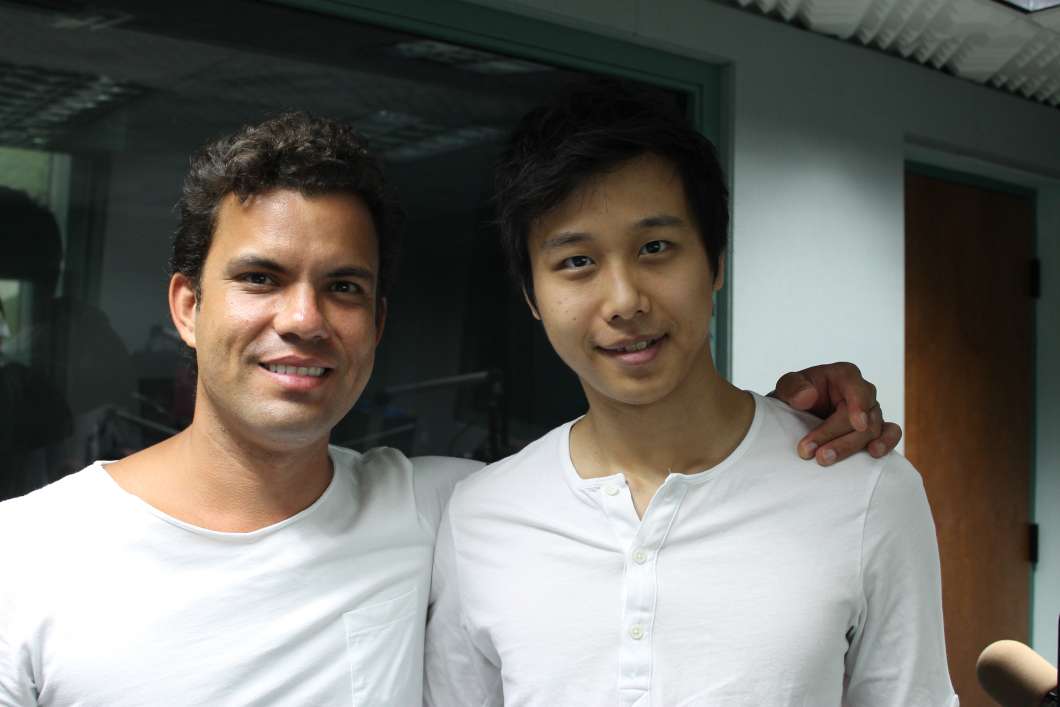 Bananas, basketball, Beethoven and Bach. Pianist Steven Lin and cellist Francisco Vila-Haas joined Intersection to talk about classical music and their life as musicians. Lin and Vila-Haas perform at the Eastminster Church tonight in Indialantic.

Vila-Haas started playing cello at age eight and first performed with an orchestra at age 14.

Vila-Haas has appeared as a soloist with the Houston Symphony, Liège Royal Philharmonic, Royal Chamber Orchestra of Wallonia, Santander Festival Orchestra, Indiana University Philharmonic, the Central Florida Orchestra and all principal orchestras of his native Ecuador.

Lin said he was accepted to Julliard with a full scholarship at the age of ten.

“After I got in actually I was very lost for a very probably seven to eight years. I didn’t practice everyday, I was very uninspired,” Lin said.

“I had just moved to the states around that time, so there were a lot of interests in sports,” said Lin, who added he’s a life-long Lakers fan.

It was only after college that he became set on a career as a pianist. What’s Lin’s pre-concert routine?

Vila-Haas said when he was growing up he wanted to work in international relations.

“I always felt [music] would be present in my life, no matter what profession I went into, ” he said.

“Then the opportunity presented itself at Stetson University to study with David Bjella, who is a great teacher there, and I stayed for two years and they offered me a full scholarship,” he said.

Lin and Vila-Haas say classical music is for everybody.

“You just have to listen with open hearts, open ears,” said Lin.

“I think that the notion that classical music is somehow elitist, that just comes from a lack of having been exposed to it,” said Vila-Haas.

“If one thinks that way, I think it’s a result of actually not really having had the option of sitting through a really great performance.”