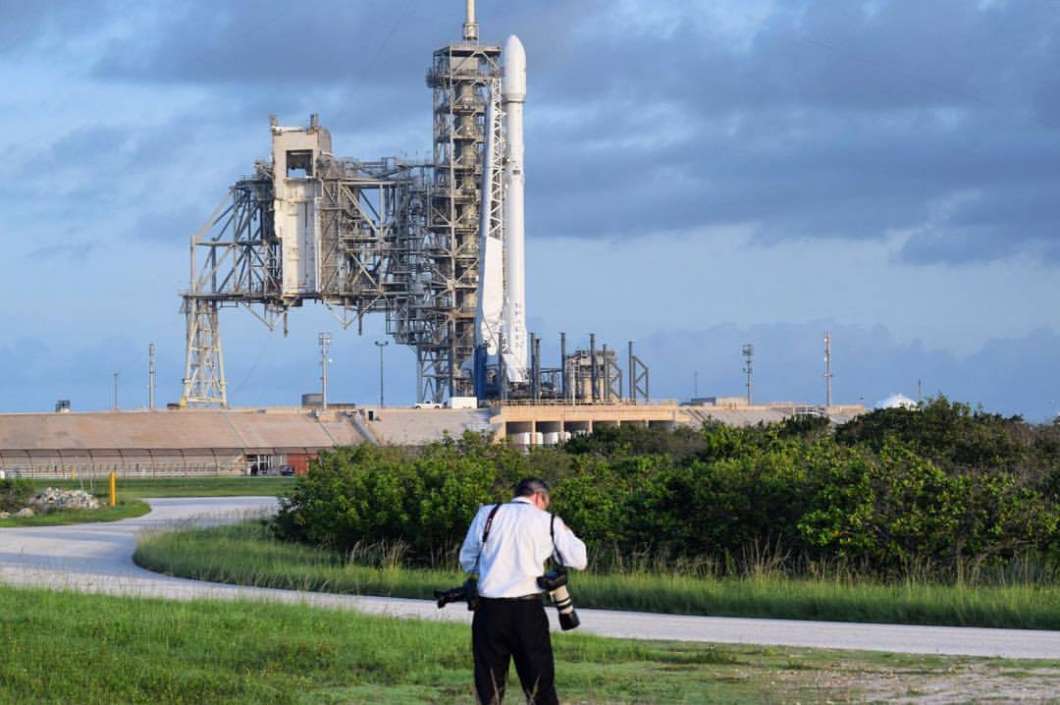 When you see a rocket streaking through the central Florida sky, you can bet Michael Seely was at the launch pad, hours before liftoff, wading through clouds of mosquitoes and early morning dew to capture the few seconds of a rocket launching into the sky.

By day, Seeley is a healthcare executive, but his passion for space gets him up early mornings to set up launch shots that have graced the pages of National Geographic and Smithsonian Magazine.

Here are a few of his favorite shots:

The first stage of the JCSAT-14 Falcon9 rocket launched and then landed by SpaceX returned to Port Canaveral atop the drone ship “Of Course I Still Love You” at approximately 10:45pm (ET) on May 9, 2016. Photo: Michael Seeley

With a hurricane bearing down on Florida, the Space Coast was still able to see the International Space Station and astronauts Paolo Nespoli, Sergey Ryazanskiy and Commander Randy Bresnik meet the Full Corn Moon of September 6, 2017, seen here from Titusville, Florida, just across the river from NASA’s Kennedy Space Center. Photo: Michael Seely

The streak to the right of Space Shuttle Atlantis’ retirement home is a 143 second exposure of the #WGS8 Delta IV rocket launched by United Launch Alliance at 6:53pm on December 7, 2016. Photo: Michael Seeley

The total solar eclipse of August 21, 2017, seen from Shaw Air Force Base in Sumter, South Carolina. In the foreground are two F-16 Fighting Falcons from the F-16 Viper Demo team, parked at the end of the runway for us to use as subjects. Photo: Michael Seeley

At 5:07pm (ET) on June 3, 2017, SpaceX successfully launched the #CRS11 #Falcon9 rocket, carrying a previously flown #Dragon capsule to resupply the International Space Station. This was the 100th launch from Launch Complex 39A at NASA’s Kennedy Space Center, and the first time a previously flown (aka “flight-proven”, per Elon Musk) capsule was used as the payload. (Photos by Michael Seeley / We Report Space)

This is a single, 483 second exposure of the Falcon9 CRS9 rocket, launched (and landed!) at 12:45a on July 18, 2016 from CCAFS by Elon Musk and SpaceX. The streak to the left is the launch streak and then the straight line to the right shows the landing of the first stage of the Falcon9 rocket approximately 9 minutes after launch.