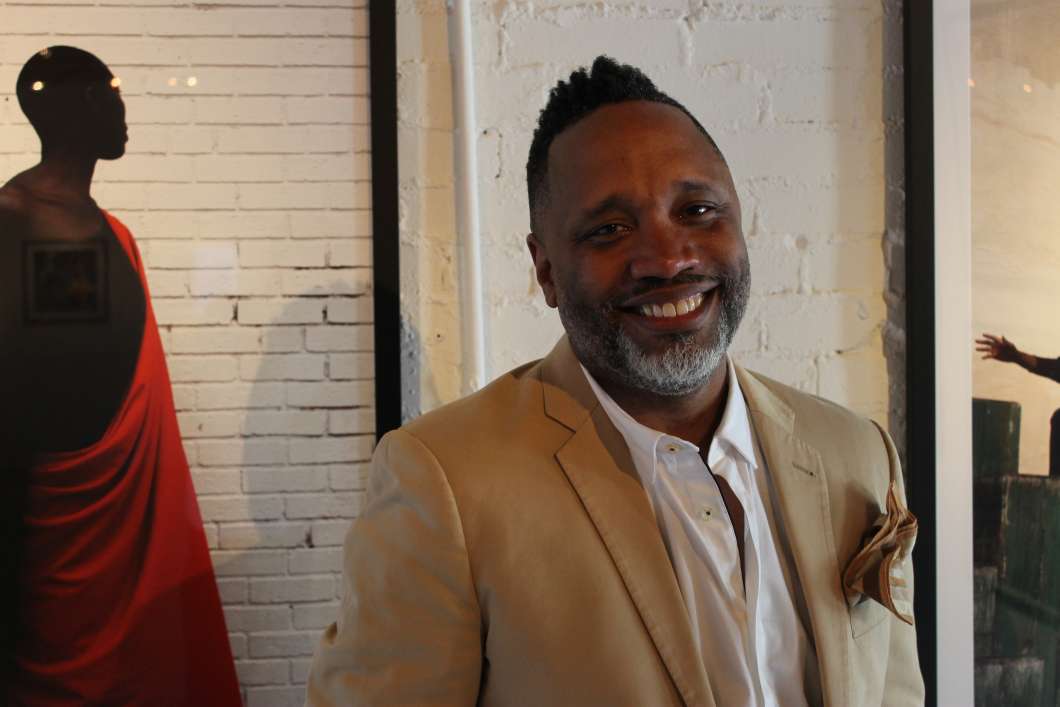 Art history buffs will see familiar themes in the works of Philadelphia photographer Shawn Theodore. But Theodore also likes to take art conventions and turn them on their head, concealing easter eggs in his carefully composed and beautifully shot photographs.  Theodore’s works are exhibiting at Snap! in downtown Orlando alongside works by Jamel Shabazz.

In a photo called Supermasai, a cloak swirls around a figure like a superhero’s cape.

“I wanted to take what we consider to be that sort of iconic superman, and also the faux mythological sense of masculine identity that we have in our American culture, and I just sat back one day and thought, what if he was Masai?” says Theodore.

Theodore says the photograph expresses “power, and vulnerability as well, but also placing this African character within an African-American neighborhood and giving him that power that the Superman actually has.”

Theodore says he likes to spend time talking with people in a neighborhood before returning to shoot a series of photographs there. And he says Instagram helps him research locations too.

“You can see an evolution of what’s happening within a neighborhood if you follow a hashtag, so it’s great research, and I love that there are so many people out here doing that. Some of my mentees I’ve found that way too: I’ve found people who are doing fantastic work but didn’t have support.”

The exhibition runs through May 12th.