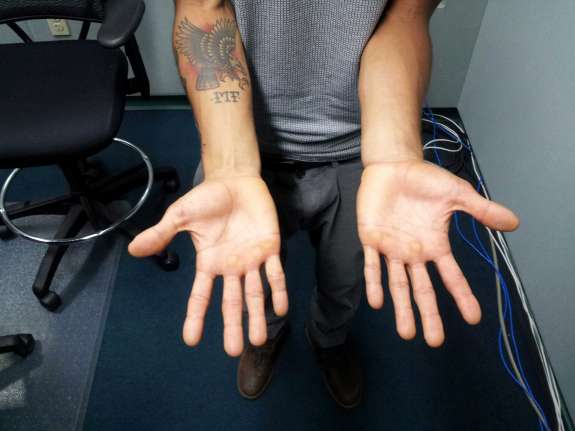 Orlando’s got theme parks. But that’s not all: there’s a vibrant arts community in the city beautiful- with everything from classical music to break dancing.

Today on Intersection- we’ll introduce you to some of Central Florida’s most talented: a husband and wife who are the principal flute and clarinet in the Orlando Philharmonic Orchestra; a slam poet; the best break dancer in North America; and up and coming band Beemo.

The Orlando Philharmonic has a new music director- Eric Jacobsen- and classical music lovers are expecting big things from this conductor- who’s been described as a superstar of the classical world.

The Orchestra’s principal flute and principal clarinet are a husband and wife team who have been with the orchestra for a decade. Nikolay and Colleen Blagov were also part of the search team that recruited Jacobsen:  they talk about what’s ahead for the orchestra in its first season under this new director.

Orlando has a growing spoken word scene too.

“I’m very proud and in awe of the bottomless pit of talent in Orlando,” says Curtis Meyer- the driving force behind the S.A.F.E.! Words! Poetry! Slam!

Meyer explains how Slam poetry got its start in a blue collar bar in Chicago in the ’80s.

“But there’s something very romantic about this thing this guy created to fill time, to get customers into a bar in Chicago, now is spread all around the world.”

Spoken word locations in Orlando include Dandelion Communitea Cafe and The Milk Bar.

“My dad taught me how to break when I was 6 years old- back spins and a little bit of footwork,” says Montalvo, who is on his way to Italy in November to battle with other b-boys for the world title.

Then- local band Beemo is steeped in the folk traditions of Americana, with songs inspired by Washington Irving, but they have eclectic roots and have been known to cover Ozzy Osborne.

“You’ve got to have your families to back you because it does take a lot of time.”