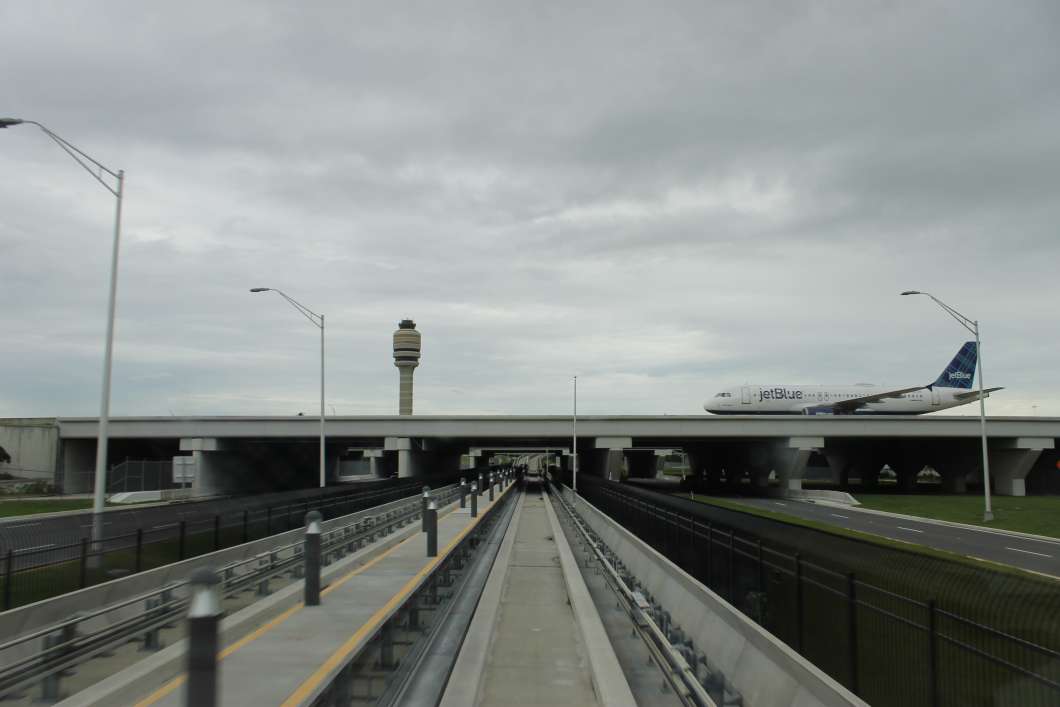 A Jetblue plane taxis over the APM track to the South Terminal. Photo: Matthew Peddie, WMFE

Orlando International Airport is busy. The airport sees some 45 million passengers a year and that number’s expected to hit 46 million by the end of summer. To cope with the increased traffic, Orlando International is expanding. Airlines won’t start using  the brand new South Terminal until 2021, but the parking garage is open for business, with an Automatic People Mover or APM that whisks passengers to the main terminal.

On a recent day in June, parking hit capacity at all three garages at Orlando International Airport.

Construction at the South Terminal is in its first phase. There will now be 19 gates after the board voted for an additional three.

“The piling is going on, the cranes are in place and there’s a lot of activity as we move towards getting this completed by 2021,” Fennell says.

“This community is demanding it with all the activity that’s going on,” Fennell says.

The new terminal is designed to accommodate rail. The first trains to roll in won’t be the SunRail commuter rail, but the Miami to Orlando higher speed service known as Brightline.

Brightline is already operating between West Palm Beach, Fort Lauderdale and Miami, and the next phase includes a link to the airport.

“They’re also going to construct a track onto Orlando International Airport that will run into the intermodal terminal facility.”

“They’re spending money and they’re making plans and moving forward. Expect to be under construction probably the last third or fourth quarter of 2018,” Brown says, with plans to start service by the time airlines begin using the new terminal.

Brown says a commuter rail link from the airport to Orlando would benefit airport employees by “reducing the carbon footprint” and “give up some of the parking spaces.” But options for commuter rail services depend on funding and “who’s going to own the system.”

“That may be able to also serve eventually, depending on how you set it up, the I-Drive area from the airport as well which has always been a focus for light rail development because there’s a lot of ridership between Orlando International Airport and I-Drive,” Brown said.

And with the increase in tourist numbers over the summer, and renovations underway at the B & C terminals, Brown says passengers should make sure they leave enough time to catch their flights.

“We have to serve two masters in a way. We’ve got the frequent fliers and the infrequent fliers, so some folks may not be familiar with the airport,” Brown says.