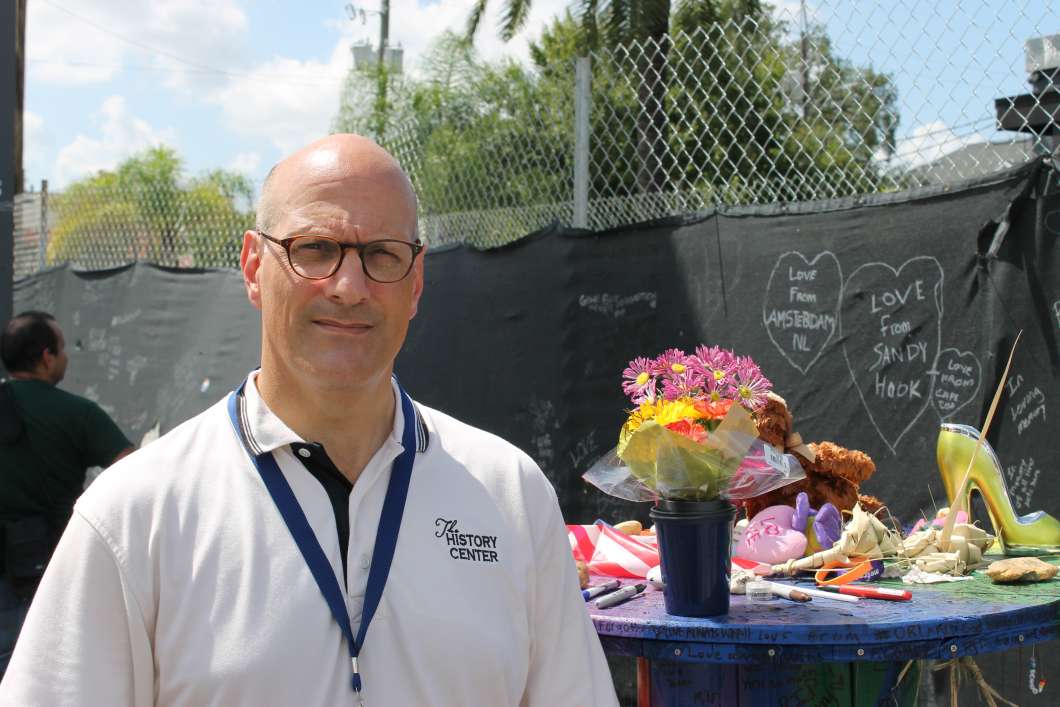 In the three months since a gunman killed 49 people at Pulse, the sidewalk outside the Orlando nightclub has become a site for people to mourn the lives lost, and leave hand-made tributes.  On Monday a new fence featuring local art

was installed around the club.  Owner Barbara Poma says it leaves more room for people to visit, and it should help ease congestion on that stretch of Orange Avenue.

Before the fence could go up- Orange County Regional History Center staff collected items that people had left in front of the club, from handmade artworks to the privacy screen itself which people had written messages on.

History Center Executive Director Michael Perkins says all of those items are being added to those collected from other memorials around the city.

Across the street from Pulse is Innovative Electronics. We spoke to owner Jonathan Toothman in the weeks after the shooting about how his business was doing. Since then, he says things have not improved.