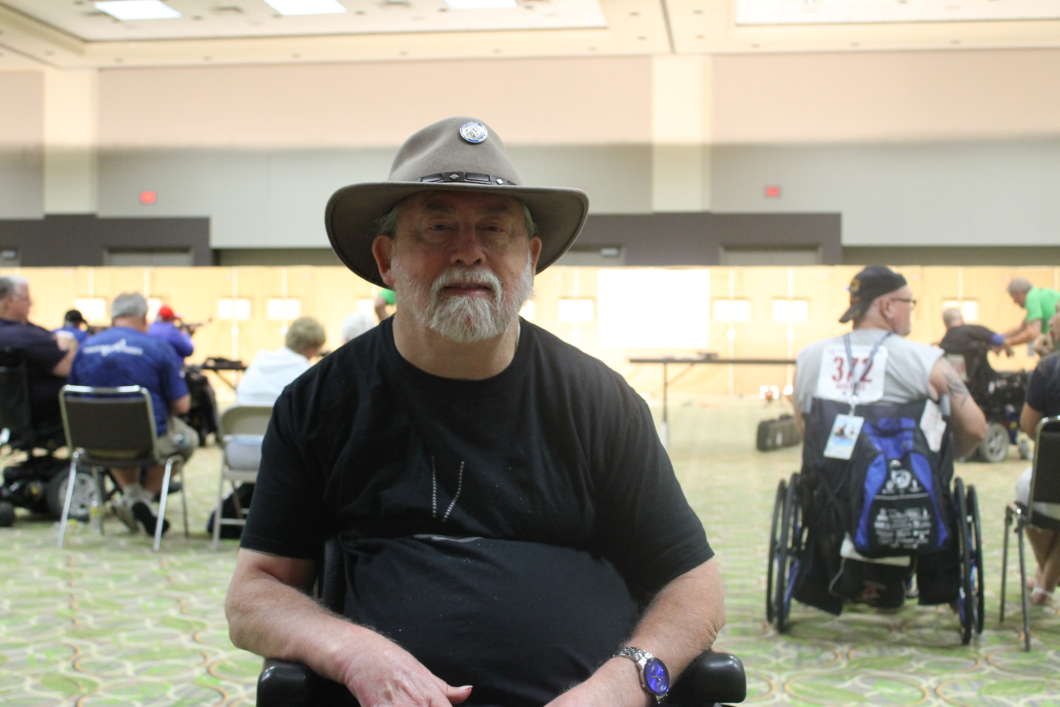 The National Veterans Wheelchair Games wraps up this weekend at the Orange County Convention Center.

The games includes sports like Quad Rugby, an already contact-heavy sport, and that does not change with wheelchairs in the mix.

“They did a documentary on it called ‘Murderball’ and now you know why,” says Steve Kirk, president of the Central Florida chapter of the Paralyzed Veterans of America.

“I have to use what they call a stand and a sip-and-puff trigger. They have a hose, they actually stick it in my mouth and once I’m ready to fire it and I’m on target, I take a breath in and the rifle fires,” Kirk says.

“It does take a lot of concentration. A lot of willpower. And the other unfortunate thing is if someone asks you a question, the rifle fires,” he says.

The games help bring together competitors and “a camaraderie” forms. Kirk says “lasting friendships” are made at after competing. Three years ago, he met Larry Dotson, now national secretary for the Paralyzed Veterans of America, during a fishing competition. The two have been friends since.

“You come here and you meet somebody, compete against them and pretty soon they’re your friend.”