Intersection: Making Art Accessible At The Gallery At Avalon Island 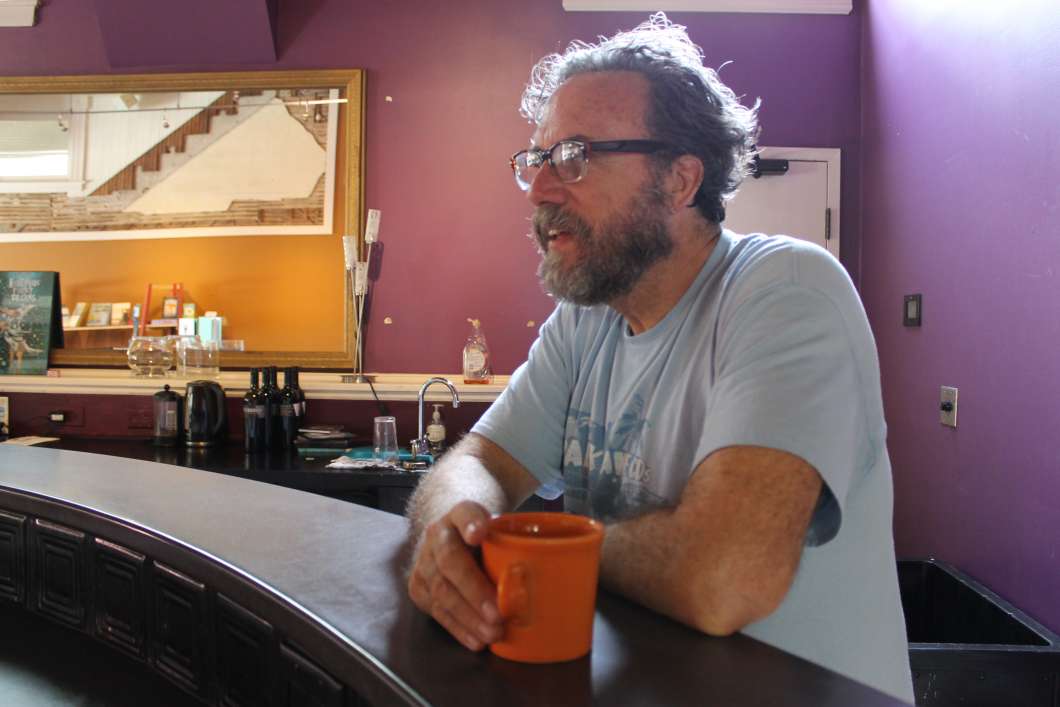 Pat Greene at the bar of the Gallery at Avalon Island in Orlando. "I want this to be a smart space, but not an uptight smart space," says Greene. Photo: Matthew Peddie, WMFE

Pat Greene directs the Gallery at Avalon Island in Orlando. For the last four years he’s been bringing diverse artists, musicians, and films to the gallery, with new exhibits and performances each month.

One Monday a month, the gallery hosts the ‘In-between Series’.

“It’s usually something a little more experimental, something that might not be in a club.” ” says Greene.

Musicians play in the gallery which faces onto the street.

“People will walk off the street,” says Greene.

The gallery also hosts artists talks one Saturday a month with donuts and coffee.

“The idea is that it’s very conversational. I want people to really be able to engage,” says Greene.

Greene says he wants the gallery to be a community space.