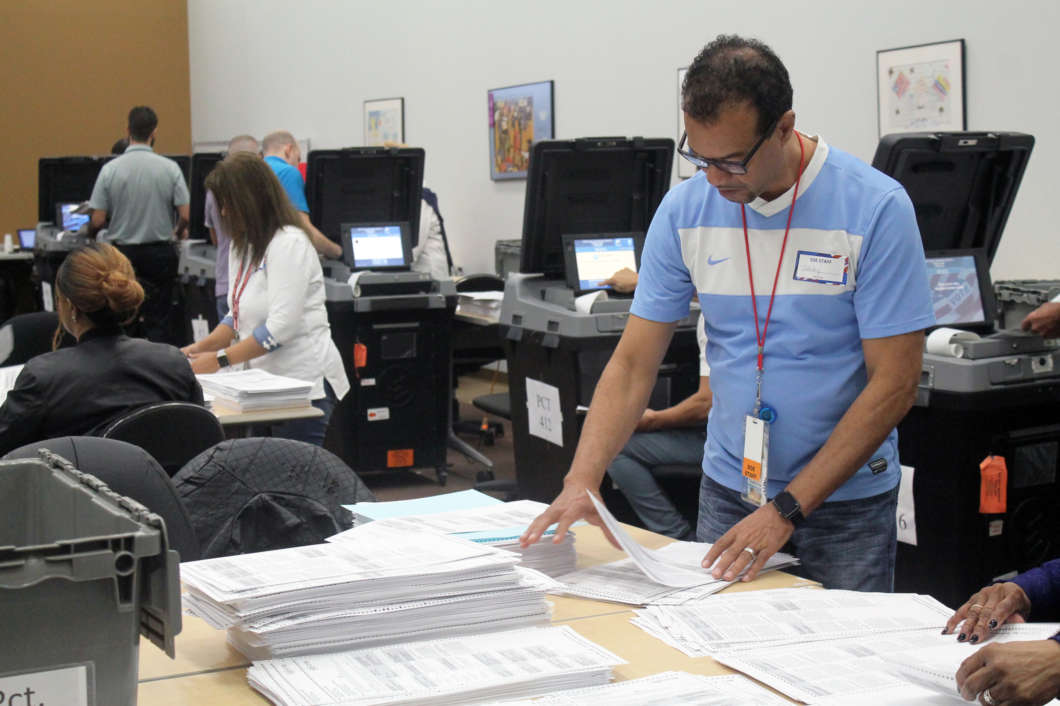 The machine recount in Florida’s mid-term election has ended- but the drama continues in Broward and Palm Beach Counties. Brenda Snipes, the supervisor of elections in Broward, has been under fire over how her office handled the election.

After more than a week of mounting frustrations- and lawsuits- Broward finished its recount but missed the three o clock deadline to upload the results for the Senate, Governor and Agriculture Commissioner’s races by two minutes.

Of the three statewide races, the Governor’s race appears all but decided,with a hand recount in the race for Senate and Agriculture Commission. And the election’s still being litigated,even as the front runners begin their transition to power.

What has the last couple weeks revealed about the way Florida runs its elections, and what needs to change? Joining Intersection for the latest on the recount are 90.7’s Amy Green, WLRN reporter Caitie Switalski, Democratic analyst Jason Henry, Stetson University professor of law Ciara Torres-Spelliscy and Republican political analyst Frank Torres.