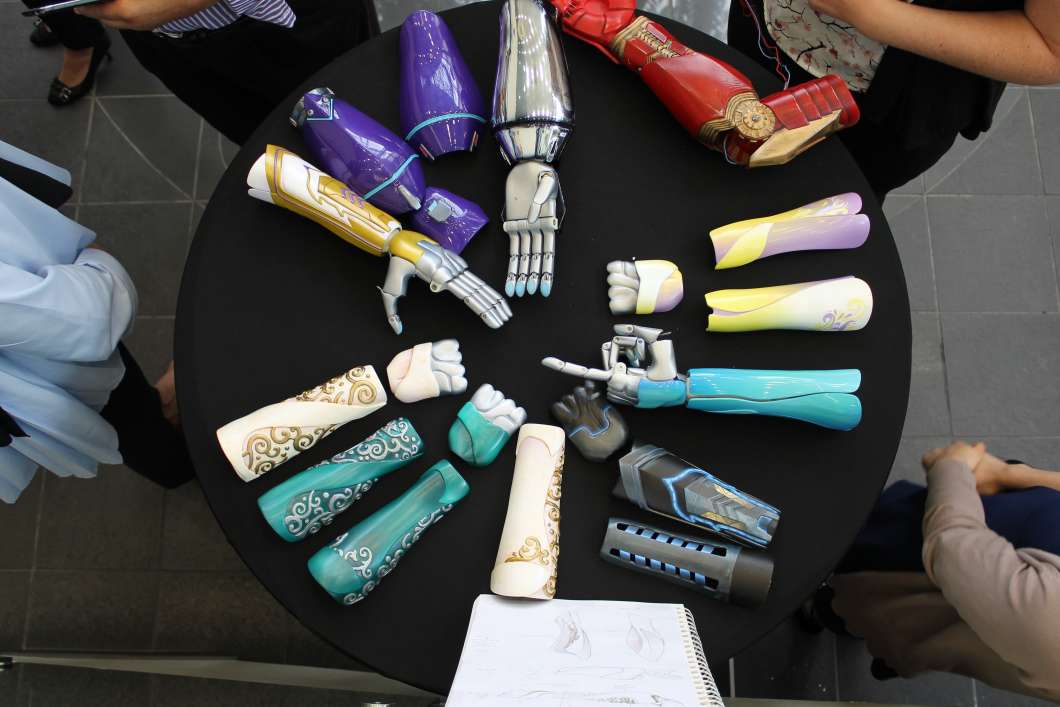 Albert Manero, who co-founded the non-profit Limbitless Solutions while still a student at the UCF, spoke to the United Nations this week. Manero was part of a panel for International Day of Persons With Disabilities. This summer the non-profit embarked on a clinical trial to test the next generation of 3D printed arms for kids with congenital limb loss.

“The advanced prosthetic limbs on the market are quite expensive and that’s a huge limitation both for doctors and insurance companies to want to provide them for children,” Manero tells Intersection. “We’re looking to try and change that paradigm.”

Dr. Albert Chi, a surgeon at Oregon Health and Science University, is a clinical collaborator for this trial.

“To be able to have something that is so affordable and accessible it really is kind of a game changer for everybody,” Chi said.

The new design for prosthetic arms allows multiple gestures to be used.

“This new device that we’re working on has the ability to not only do open and close, but individual finger dexterity,” Manero said.

Chi says this is the first step of the evolution of 3D printed prosthetic.

“I think this is the beginning of something incredible and we’re witnessing the future,” Chi said.

This interview first aired on Intersection in May 2018