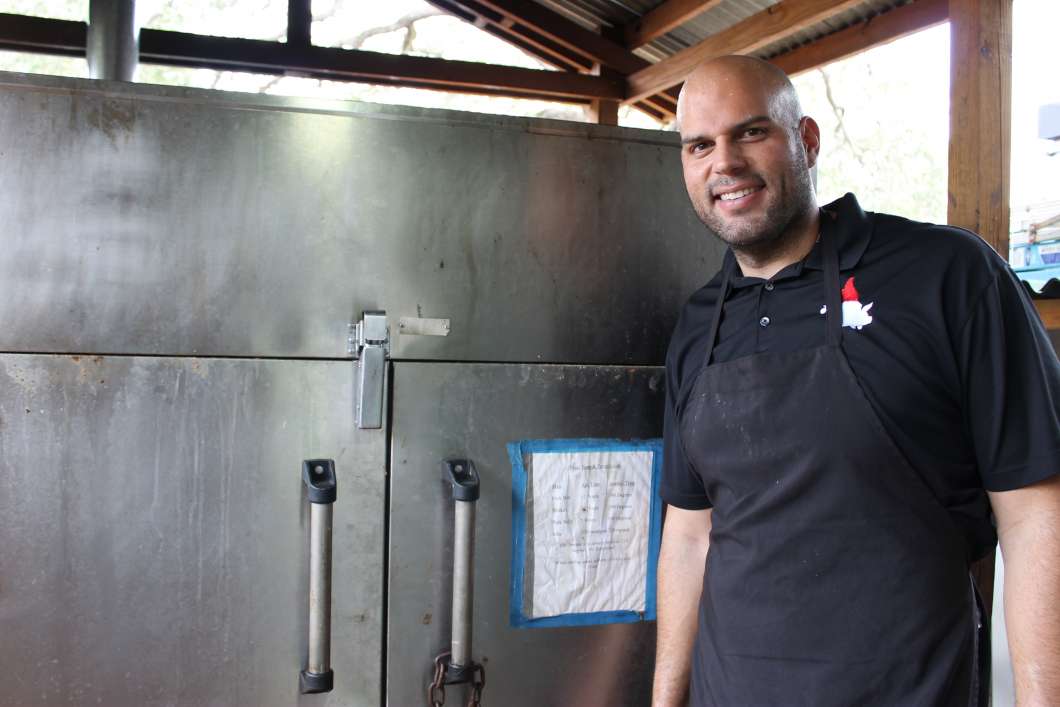 For many Americans, July 4th is time to kick back, hit the beach, watch fireworks and fire up the grill. It’s no holiday for Thomas Ward though- he barbeques for a living.

Intersection visited Ward at Pig Floyd’s Urban Barbacoa in Orlando for a conversation about the art and science of barbecue.

“We’ve already placed meat in the smoker starting at 9 at night, so we’re cooking brisket and pork overnight.” says Ward.

The ribs go into the smoker at 4 in the morning.

“They cook for three hours on a dry rub,” he says.

Ward says he has two taste testers who go to his restaurants daily to test the quality of the food. One of them is his dad.

“He likes eating barbecue, and I guess he doesn’t get tired of it every day.” says Ward.

“I did the menu for three months, so after that I got so tired of barbecue I gave it a break,” he says, adding that he eats the ribs once a week for quality control.

July 4th is one of the busiest days of the year for Ward and his crew.

“That day we do two smokes, just because we do a lot of catering and have a lot of people taking out.”

What does Ward like to eat on July 4th?

“I eat ribs, and sometimes I like to eat baked beans. I like to do a recipe that’s really loaded with sugar. So that’s the day I take the day off eating healthy and really go for it.”

This interview first aired on Intersection in 2017