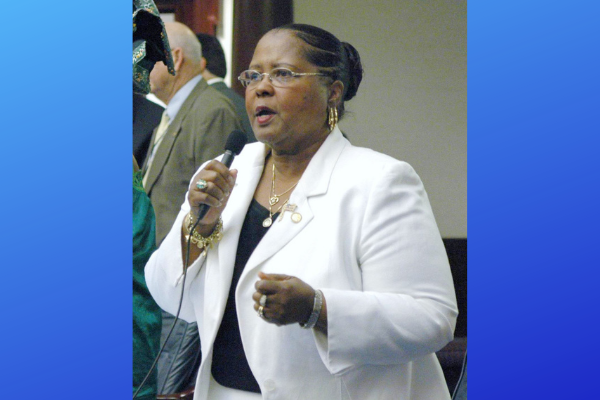 When Joyce Cummings Cusack was a high school student, she fought for racial equality by protesting at segregated lunch counters in DeLand.

“The more things change, the more they remain the same,” says Cummings-Cusack.

“With what has happened in our society, in the last almost four years, just reminds me so much of what was going on back in the 1950s and 60s.”

Cummings-Cusack says she registered to vote at the age of 18.

“I can’t ever remember an election I did not vote in, all my life. And so I just know that if you’re going to change things, it has to be done in voting to have good representation.”

After she became a registered nurse, Cummings-Cusack got a job at Fish Memorial Hospital in DeLand. When she started there the lunchrooms were segregated.

“The supervisor of nursing came to get me the day that I came to work there, and said ‘Let’s go to lunch together.’ She was smart enough to know me and my reputation about equality,” says Cummings-Cusack.

“She just knew I had a reputation of being outspoken about injustices. And so that integrated the lunchroom.”

Cummings-Cusack says she is optimistic about the next generation carrying on the work of racial justice.

“Because if you notice the demonstrations that we are seeing today, it’s not just folk of color, it’s all races recognizing the injustices, and they are marching together. And when I was growing up, that did not happen. It was all Blacks marching and getting into good trouble.”

“But there’s still so much racism in the world today that it sometimes worries me so much that I’ve worked so hard to try to make a difference,” she says.

“I’m so discouraged right now. I’m discouraged about the state of affairs. I’m worried as to where we are going as a people.”