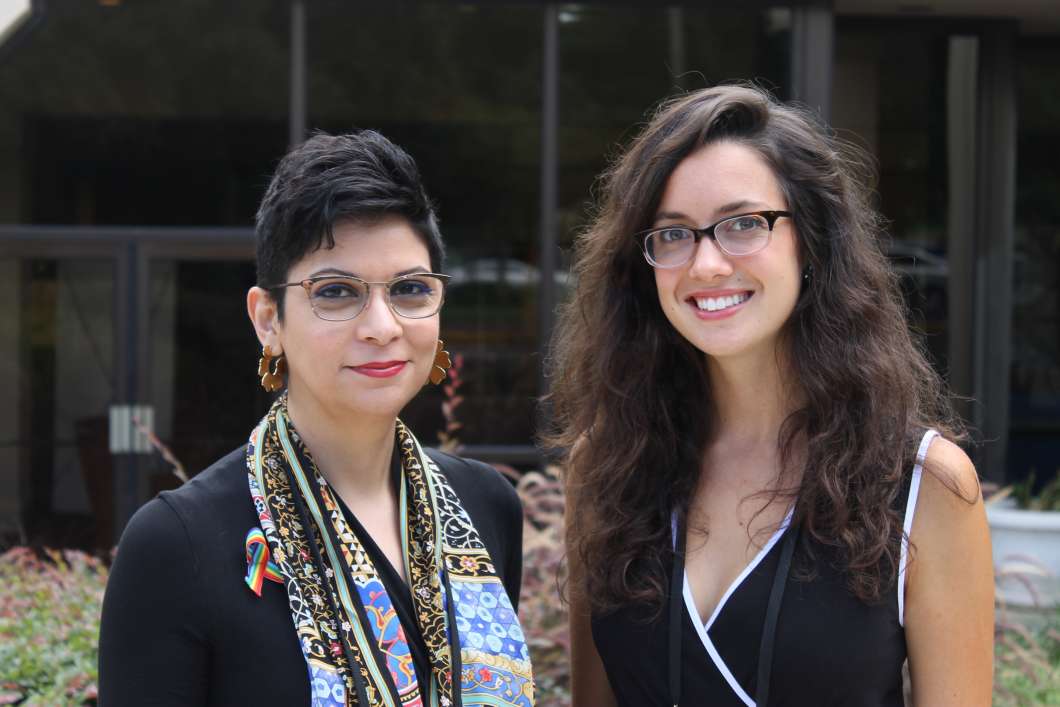 Reporting on a mass shooting or a mass casualty event presents a unique challenge to reporters and newsrooms. Journalists have to deal with the emotional toll of reporting on trauma, as well as the practical issues of handling major stories.

It’s a challenge that’s confronting more and more newsrooms across the United States.

Silvia Foster-Frau covers immigration for the San Antonio Express News. While reporting on the Sutherland Springs shooting in November 2017, she got a Facebook message from the Orlando Sentinel’s senior health reporter Naseem Miller. The two reporters got talking and decided to form a support network, and the private Facebook group Journalists covering trauma now has more than 350 members.

Intersection caught up with Miller and Foster-Frau at the Investigative Reporters and Editors conference in Orlando last week.

Foster-Frau says she was preparing to cover a funeral after the Sutherland Springs shooting when a care package arrived from the Orlando Sentinel.

“Getting that care package really revived me,” she says.

“It really does make a difference when people reach out like that, and so from there we started talking and Naseem proposed, ‘Hey, you know, why don’t we start a support group'”.

Covering an event like a mass shooting can cause “second hand trauma, in a way,” says Miller.

“We feel guilty about feeling traumatized because we weren’t there, we weren’t in the club, we weren’t shot, but at the same time you are hearing the stories, and I think somehow newsrooms have to have debriefings, mental health care and put more emphasis on it for reporters,” she says.

“One of the things about this group that kind of makes me nervous is that I don’t want to take away from the experiences of the people themselves that have been in the shootings,” says Foster-Frau.

“They’re obviously going through more grief and trauma than we are,” she says.

“But for us to tell their stories and do it well, and if you think it’s an important thing that we have journalists covering them accurately and sensitively and telling their stories, and allowing for other people to empathize with what they’re going through and maybe sparking some kind of change in our society, then you need journalists who are also of sound mind.”