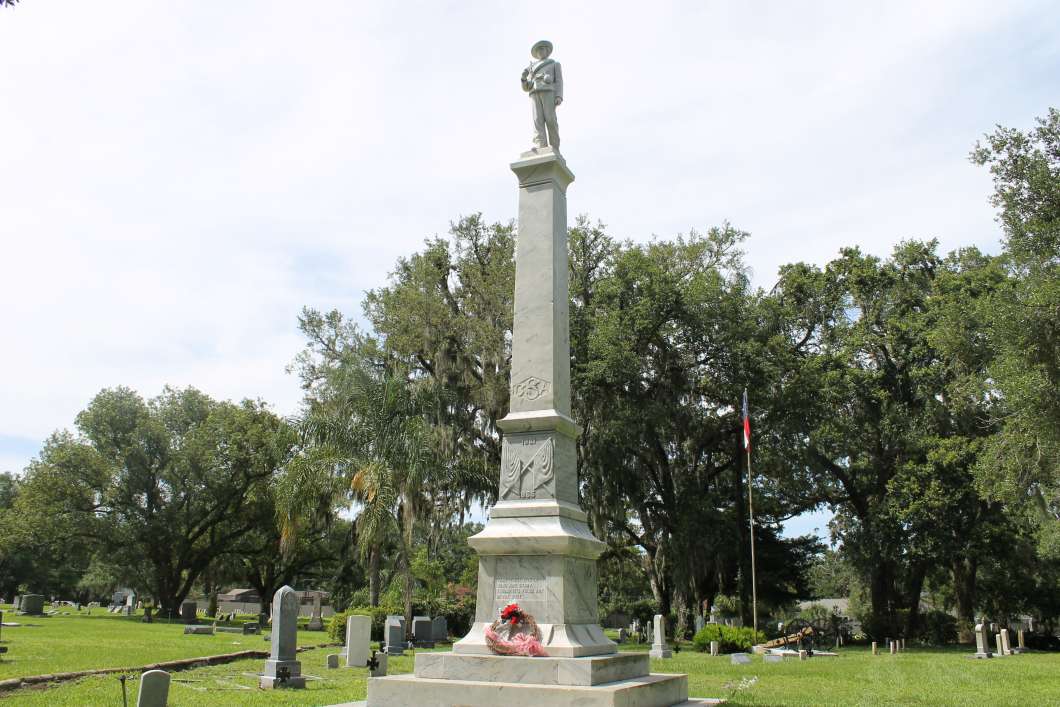 Items have been buried under the  statue to represent Orlando’s past and present.

“He needed to contain the history of what he came from,” says Greenwood Sexton Don Price.

“The city kind of wanted to leave the history of the original and bring us up to date of what Orlando is today,” Price says.

Initially there were protests against moving the statue, but Price says the community’s reaction to Johnny Reb’s new location has “been positive.”

“We have more people that have taken ownership of that statue. The area has been raked. We get a lot of visitors out there now that before at Lake Eola, a lot of people didn’t even know it existed,” Price said.

Sections of the cemetery are dedicated to Confederate, Union, World War I and even the Pulse tragedy. 49 Tabebuia trees were donated to honor the victims.

“They’re all around the cemetery and it’s amazing that what it brought. We call them the Pulse trees and you can see them throughout the cemetery not just in that one section,” Price said.

Tours of Greenwood have become very popular. Price says it’s because “a lot of people in Orlando aren’t from here.”

“It’s a chance for them to learn who the Bumbys are and who the Robinsons were and why we got our lakes named like this and how we became The City Beautiful,” Price says.

“All of this is in a concentrated thing where you can make the connection between the headstone or the people in the story.”