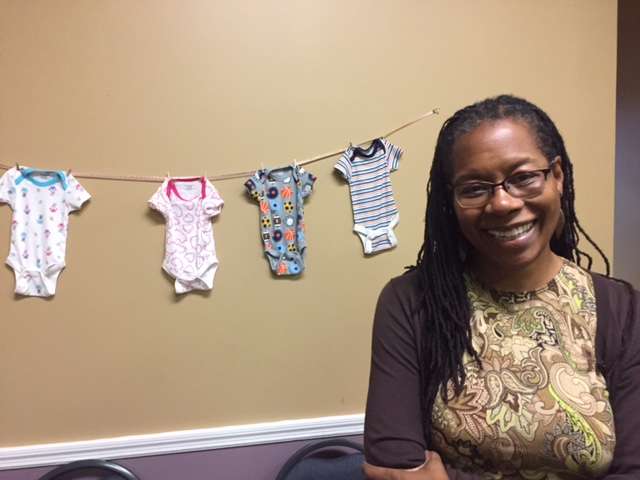 Since opening her women’s clinic in west Orlando, Jennie Joseph has seen premature birth rates and infant mortality rates plummet. Her secret is making sure women receive care whether they have health insurance or not, and taking care of them holistically.  How one woman is saving lives in some of Orlando’s most under-insured zip codes.

When Jennie Joseph first arrived in the U.S. she thought she’d live the life of a typical midwife as she had done in her native U.K. Instead, she found a country with a completely different approach to childbirth and that has changed her course.

Yoshi King is a new patient.

Three years ago she bled so badly after her last pregnancy that doctors told her not to have anymore kids. So when she found out she was pregnant her anxiety shot through the roof. What if her baby dies?

And who would help her through this pregnancy? Kings doctor wasn’t taking anymore Medicaid patients. So she found herself at the Easy Access clinic.

“I am walking out of here right now, feeling like the only pregnant woman in the world. She made me feel like I was her first and only pregnancy that she was visiting,” King said.

Joseph also trains scores of midwives and doulas and has developed what’s called the “JJ Way” — a way of treating women that empowers them through education. This empowerment, she says, has had a profound impact on reducing premature deliveries and infant mortality rates.

“I’m clear that the piece that is really key to this work is the complete wrap around services, the holistic approach. We’re not just looking at this one moment of time measuring some information and putting it on a piece of paper,” Joseph said.