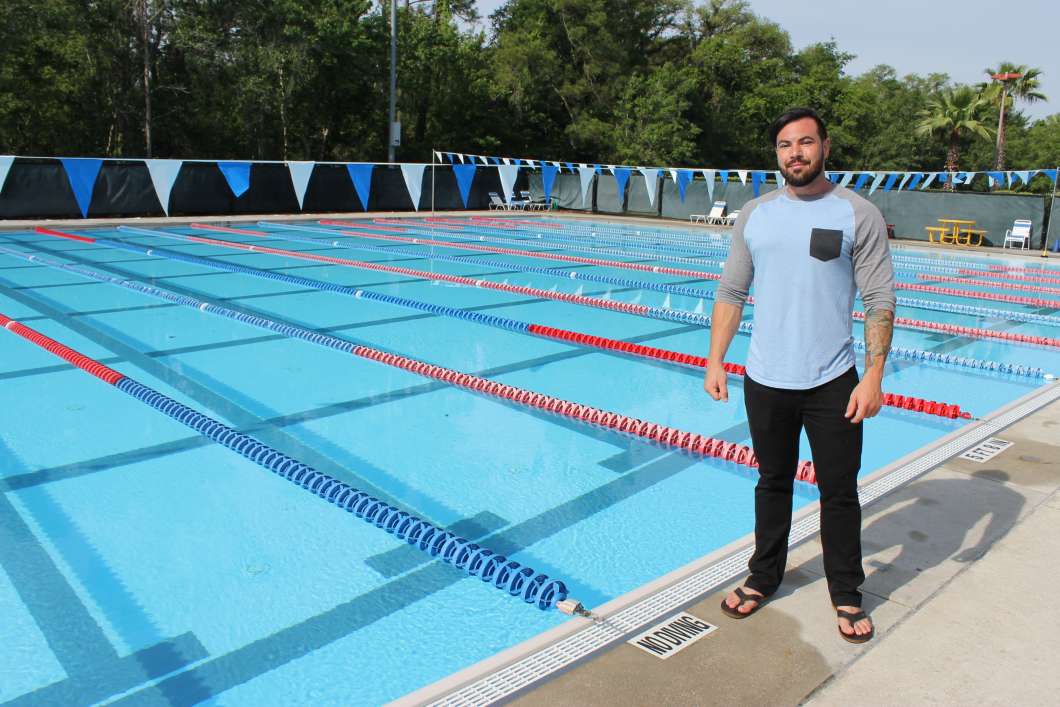 Athletes from around the world gathered in Orlando last May for the Invictus games. Wounded, sick and injured service men and women competed in sports like wheelchair basketball, track and field, and swimming. Oviedo resident Michael Roggio was one of those athletes.

We caught up with Roggio at the Oviedo Aquatic center where he was training for the freestyle and breaststroke events. Roggio said he still has some numbness in his limbs, problems with his stomach muscles and sometimes his hands will cramp up. It’s the legacy of an injury he suffered seven years ago. Before that, he was a US Navy rescue swimmer.

“I do have 57 rescues from two separate rescues,” said Roggio.

“One was saving 56 Ecuadorians off a sinking ship. They were promised freedom in America, and the plug was pulled in the night,” he said.

Returning from deployment in 2009, Roggio broke his neck after falling down a flight of stairs where a contractor had left tools and debris.

“I was pretty upset. This contractor had done things like this before, and I went to jump up to confront him and my legs didn’t work.”

Roggio spent months in hospital, unsure if he’d be able to walk again. But he said getting back in the pool helped him get back on his feet.

Roggio said he appreciates his career as a rescue swimmer, but he wouldn’t go back.

“I think going through the situation where I broke my neck kind of started my life all over again, has made me who I am,” said Roggio, adding that he thinks he’s a better father for his 7 year old daughter.

“If I’d stayed in the military I would have been gone quite a bit more. Maybe I wouldn’t be the father figure she needs.”

Roggio said he hopes the Invictus games can inspire others to overcome challenges. “I think that a lot of people in this community are able to influence those who may not have dealt with extreme conditions in their past, so maybe we’re having an impact on those people.”