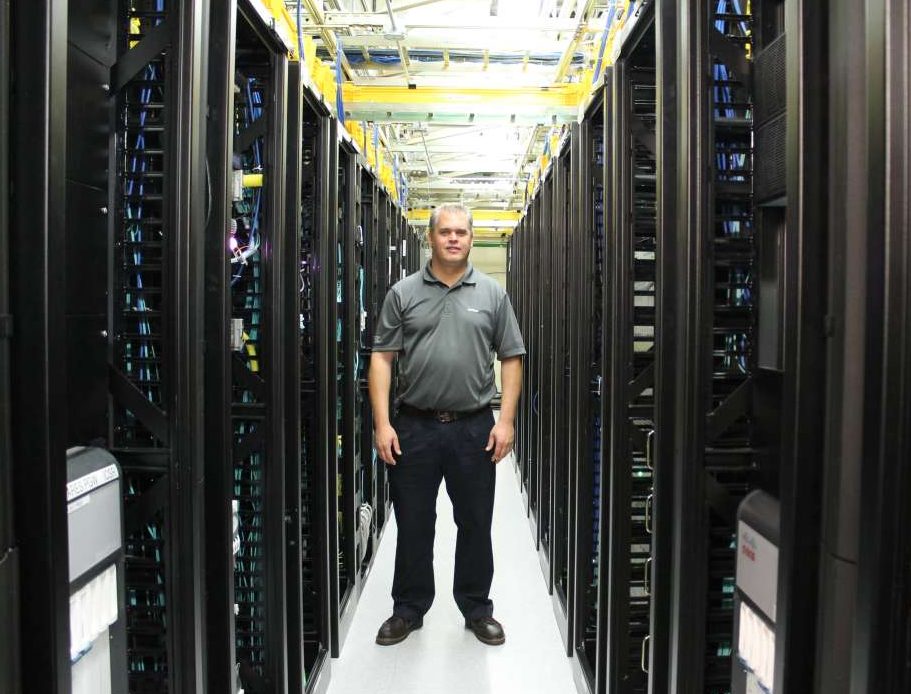 We take the convenience of mobile technology for granted, but really the only thing mobile about a smartphone is the handset. Every call, text or google search depends on a network of cell sites, connected by miles and miles of fiber optic cable.

Verizon’s mobile switching center- or superswitch- for the Orlando metro area is a squat, concrete building behind a chain link fence. More than 600 cell sites connect into this superswitch.

That number goes up during an emergency.

“We’ve seen that even during the Pulse event and other crises. It could even be a political rally, a sporting event or something along those lines. We always see an increase in data during events like that.”

The superswitch includes a “building within a building”.

“But the interior of the building where all the equipment is actually completely separate and isolated from the exterior with a buffer zone between the two.”

Koon says it’s designed to withstand a category five hurricane, or other threats.

“For example if someone wanted to drive a truck into the building, it would not get into the interior where the critical equipment is.”

If the power gets knocked out by a storm, there’s an enormous generator, a room full of back up batteries, and a parking lot nicknamed the ‘farmyard’, where mobile cell sites and generators are ready to go.

Koon says the ability to make a call or send a text in an emergency is critical.

“It’s about that guy or that woman or child that’s stuck in their car in a five foot puddle, that has no other way to communicate or get out other than using their cellphone.”