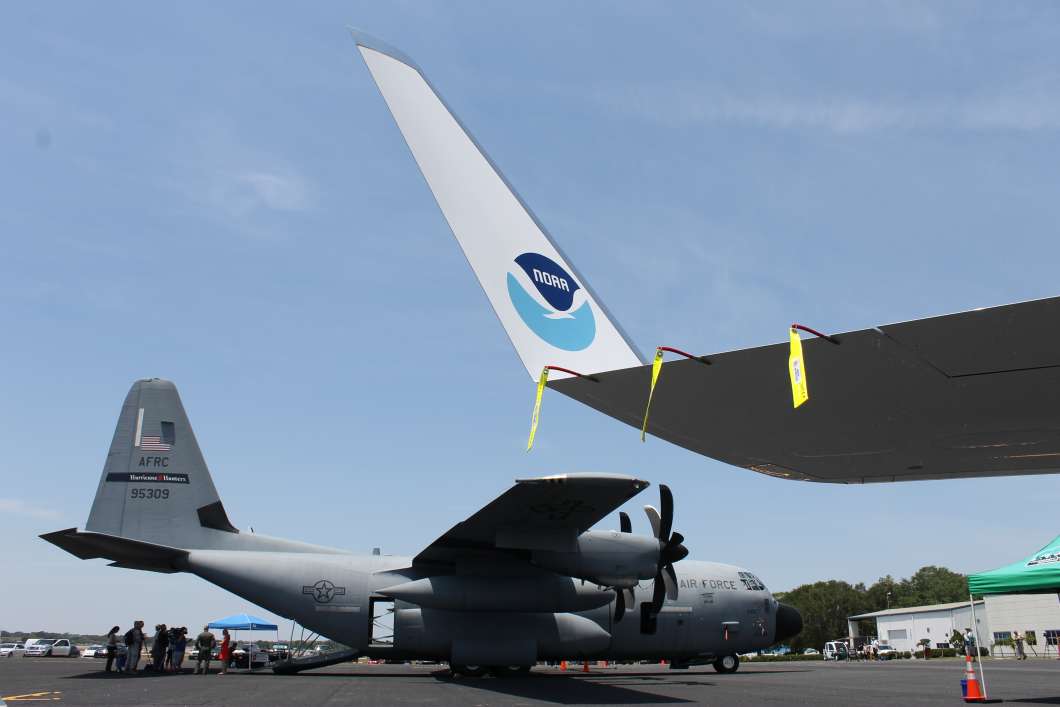 In a couple weeks, hurricane season starts. Hurricane Matthew, which grazed the east coast last fall is still fresh in the minds of Central Floridians.

Chris Beckvar got a different view of Hurricane Matthew. He’s one of the crew of an air force hurricane hunter: a big, gray, four engine WC130 cargo plane that flies right into the middle of storms to measure their intensity. Beckvar is the drop son operator, in charge of dropping the electronic measuring instruments into the storm.

“The roughest is when we’re trying to get through that eye wall,” says Beckvar.

“Typically anywhere from a minute to two minutes is the hard bumpiness, but once we get through into the eye it calms down, we release the son, and then we hit the same thing going outbound,” he says.

Beckvar says the biggest storm he’s flown through was Hurricane Matthew.  The air Force’s 53rd Weather Reconnaissance Squadron, based at Keesler Air Force Base in Biloxi MS flies 10 of these WC 130 planes.

“We’re the only military organization that flies weather reconnaissance in the world,” says Beckvar.

Down on the ground you won’t find many people who understand storms better than Rick Knabb. He’s the outgoing director of the National Hurricane Center in Miami. It’s a post he held for 5 years, and now he’s heading back to the Weather Channel to be an on-air hurricane expert.

“I spent my entire childhood being both afraid of and very interested in hurricanes, kind of wanting to make them tick so I could make forecasts and know when they’re coming,” says Knabb.

Knabb says he has a love – hate relationship with hurricanes.

“They’re fascinating, they’re powerful, they’re awe inspiring, they are a scientific and operational challenge. But I hate when they hit, and I hate what they do,” he says.

“What I try to do is channel all that interest and energy into giving people information ahead of time so they can prepare and survive and recover quickly.”

Bryan Koon, director of the Florida Division of Emergency Management, says Floridians need to get ready for hurricane season while there’s still time.