Intersection: How Front Line Medical Staff Are Protecting Themselves Against Coronavirus 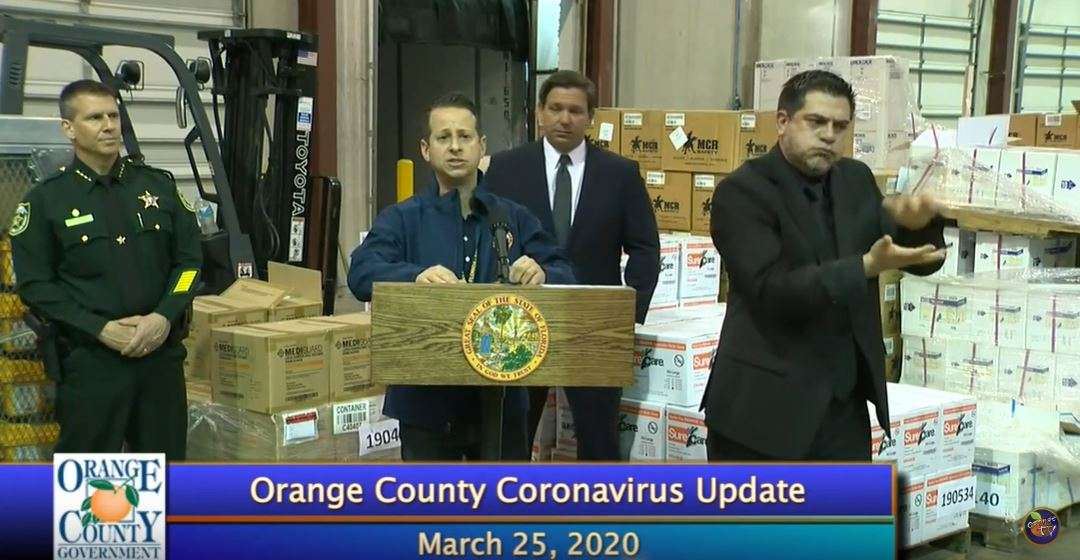 That’s according to Governor Ron DeSantis. At a press briefing in Orlando Wednesday he said the state has ordered 7.8 million N95 masks.

Those masks are expected to arrive in the next few weeks, and in the meantime, the governor is also asking the federal government for a further two million masks from the strategic national stockpile.

On this episode of Intersection, we talk about the surge in cases that hospitals and health care workers are bracing for here in Central Florida, what hospitals are doing to prepare, and what frontline medical staff are seeing.

“When you’re talking about healthcare workers, they’re dealing with a population that’s going to be, you know, a sicker population,” says Aboraya.

“So you don’t want healthcare workers to become vectors themselves, who were able to transmit it to people who were, more vulnerable. And additionally, right now from what we know from the World Health Organization, this virus is aerosolized. It’s not an airborne virus like measles where, you can have someone who’s infected with measles be in a room and three hours later, someone else can contract measles-  that’s an airborne virus. This is a droplet by So, in that sense, you know that that’s a good thing.”

“For us it all starts with our dispatch center,” said Glass.

“The communication center takes the calls and they do an advanced screening now. They ask questions as far as outside travel, any type of respiratory distress questions that will give us a better idea of what type of personal protection we need to use when we’re when we respond to the call.”

Glass says fire crews are also preparing for additional shifts to cover for staff who get sick or are potentially exposed to the coronavirus.

“Last night we sent home a crew of I believe it was three firefighters that had responded to a call several days ago,” said Glass.

“The initial tests for that patient came back as negative but then we were notified yesterday that the test did come back positive. Those members went home to self quarantine-  all the members that were involved. None of them had any signs or symptoms of the coronavirus, so right now, it’s just a self quarantine status. They’ll end up completing the 14 day period, and then return back to work.”

Dr. Asim Jani, Hospital Epidemiologist with Orlando Health says medical staff in Flordia are learning what they can about how coronavirus has impacted other communities.

“We are almost continuously in the process of trying to get our preparation, you know, efforts really streamlined not only with standards, but especially, to … serve the community, keep the community safe.”

He says it’s sobering to see the media reports about coronavirus in Washington and New York.

“We are all on guard where it’s a sobering thing to watch. So many human beings and so many systems under so much stress,” said Jani.

Dr. Jani says scaling up the testing is critical, both to see who’s infected, and to see how people’s immune systems are responding to the virus.

“Really where I would like to see sort of the forefront is the testing research that’s being done to determine an antibody test,” he said.

“We want to find out what percent right now of the people in the in general in their communities are in it have been infected and are in use, like how many have recovered from right, number two, what are the groups that are still at risk? And number three, how many might be incubating the virus, if you will, who might be a symptomatically infected and potentially could transmit the virus?”