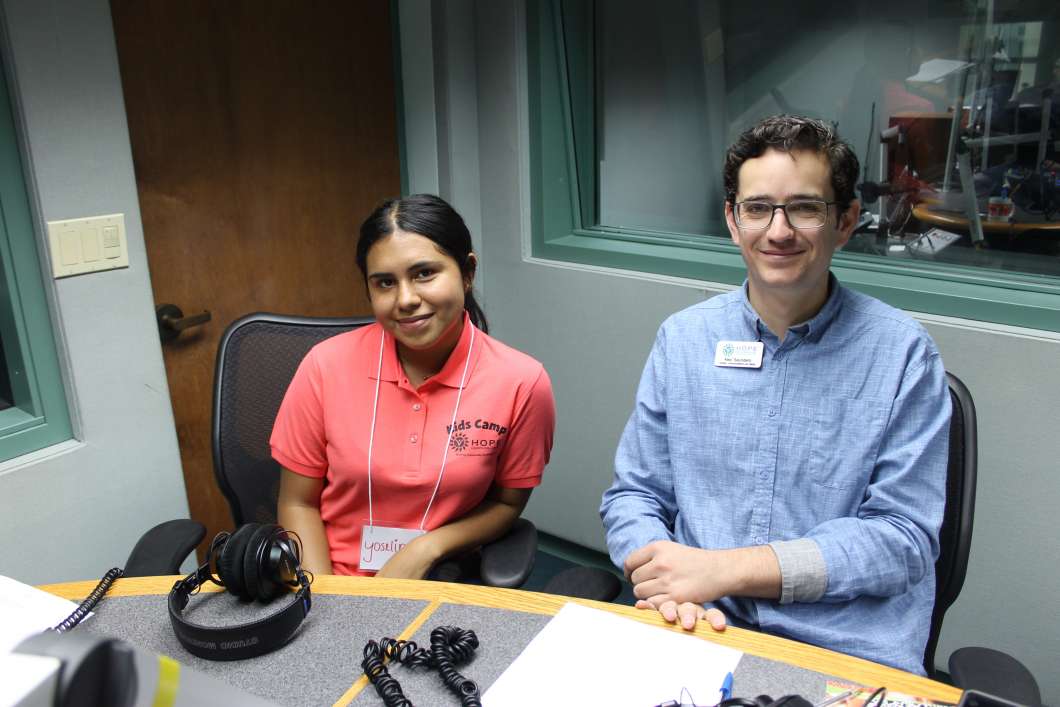 Yoseline Rodriguez (left) is going into her fourth year as a camp counselor and Alex Saunders (right) works as the Director of Communications for Hope CommUnity Center. Photo: Matthew Peddie, WMFE

Hope CommUnity Center in Apopka offers a summer camp for immigrant and low income families.  It’s an alternative for parents in Apopka who may not otherwise be able to afford to send their kids to a summer camp. This year, the three week camp hit capacity.

“Some families experience poverty, some are immigrants, some experience both,” says Alex Saunders, Director of Communications and Media.

Yoseline Rodriguez, a fourth-year Kids Camp counselor, recounts that last summer a 5-year-old girl told her that her father had been deported to Mexico.

“I was just there to like help her have fun and help her get her mind off of these things that she shouldn’t have to go through,” Rodriguez says.

“A lot of these kids they don’t have maybe like a mom or a dad, and since I do have a mom and a dad it was just really heartbreaking for me to hear that,” Rodriguez says.

Saunders says the Kids Camp serves “as a bridge-builder, as a community-builder.”

“People come in. We meet new people. Different experiences, different lived experiences and we welcome them in and hopefully introduce them to other programs that we offer,” Saunders says.

“Recently, Hope CommUnity Center expanded to a second building. That was in 2016. We didn’t want to limit. We wanted to introduce new people to the center and show them the other kind of programs and things that we have including Kids Camp,” Saunders says.

“I look forward to seeing the new stories that the kids have to tell. I’m looking to bond new connections with the kids,” Rodriguez says.

“I know that they look up to us, but I look up to them too because of how strong they are and I know that some of their situations aren’t easy.”