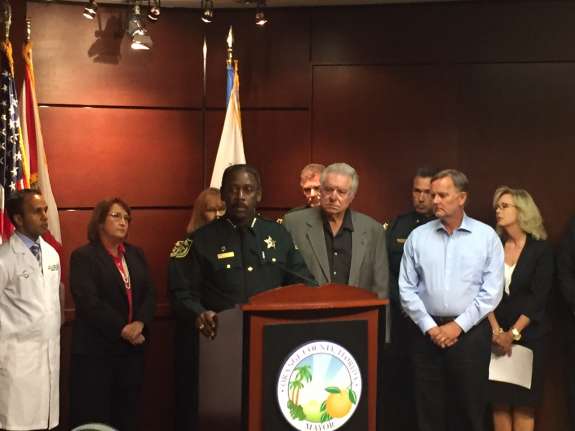 Orange County has a growing problem with heroin. In April heroin overtook cocaine as the county’s deadliest street drug. Mayor Teresa Jacobs has assembled a task force- including law enforcement and health care professionals- to try to stem the tide of drug overdoses.

And there’s a high profile name attached to this taskforce: David Siegel.  His 18 year old daughter Victoria died in June of an accidental overdose- a combination of methadone and anti-depressants.

Now the 80 year old billionaire founder of Westgate Resorts says he’s making it his life’s work to shed light on drug addiction and overdoses- and save lives.

“I could have crawled into bed, pulled the cover over my head and become a basket case,” Siegel tells Intersection.

“Instead I decided to use the means I had at hand to make a difference,” he says.

Siegel’s talking to anyone who will give him an audience- including the US Surgeon General- about drug addiction. He’s calling for random drug testing in schools and colleges, and he wants Narcan- the drug used by first responders to stop a fatal overdose- to be available to anyone who needs it.

Later in the program- we talk about the heroin task force with a panel of experts: Orange County sheriff Jerry Demings; the county’s director of health and public safety, Dr. George Ralls and nurse practitioner Janet Hutchison.

“With heroin, I’m going to call it an epidemic that’s going on,”  Demings tells Intersection.

“This whole task force is so that we can be proactive,” he says.