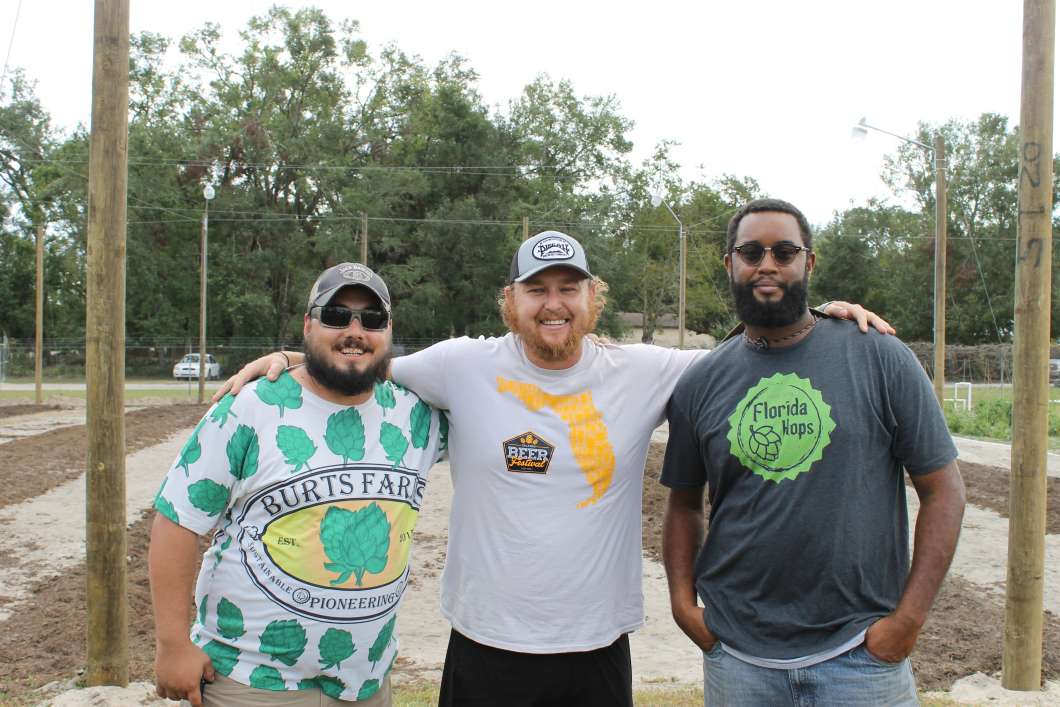 Hops are a key ingredient in beer, and some see them as an alternative for Florida’s struggling citrus industry.

Now the first commercial hop-yard in Orange County is being established in Zellwood. It’s a new crop for an area with a rich agricultural history.

Burts has his own hop yard in Citrus County, and he helped design and build the yard at Central Florida Hops.  He says there’s been a lot of emphasis on helping the citrus industry recover from the damage done by Hurricane Irma, but specialty crops were also affected by the storm- like his own hop plants in Citrus County.

“We didn’t lose structure or anything like that, but we did lose plants. We took a huge hit,” says Burts.

Roberts says even though he’s taking a financial risk with the hop-yard, he believes the benefits outweigh the risk.

“This is going to be essentially a trial run this time around making sure we can grow them but we fully anticipate everything going well,” he says.

Smith, who had been researching hop cultivation at the University of Florida, said the hop yard brings that research to the market.

“This is going to breweries throughout the state, home brewers who are interested in having a locally grown, fresh ingredient in their beer,” he says.

The first hop plants will go into the ground after Thanksgiving.

“The poles are 16 feet, and I see the plants going up to touch the line. What we’re doing here is totally different from what you’d see anywhere else, and I totally believe in the success of Central Florida Hops,” says Smith.

Sixteen miles down the road in Winter Garden is Crooked Can Brewing Company.

“That would give us a really cool opportunity to utilize Florida-specific hops, just to show everyone else what those hops are capable of doing in a beer” he says.

“The demand for local is always there, so introducing local ingredients into product is going to help sell it”, says Ryan Gosset, the general manager of the taproom at Crooked Can.

“Then you think about cutting down on costs, especially things that have to get shipped across the entire country versus something that’s grown in our backyard, that’s going to help us save there,”  he says.