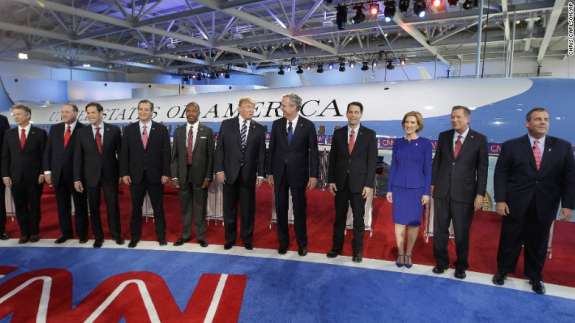 The gloves came off for the second round of the GOP primary debate.

Eleven candidates jostled for attention former Florida Governor Jeb Bush sparred with front runner Donald Trump and Senator Marco Rubio took the opportunity to highlight the story of his immigrant family and air some of his foreign policy ideas. How presidential were the two Florida candidates in this debate?

Then lawmakers in the Florida House and Senate approved bills to allow gun owners the right to carry concealed weapons on college campuses. But the bills still face more committees before they can become law and they’re opposed by college presidents.

And Jeff Bezos payed a visit to the space coast. The Amazon founder is bringing his private space company Blue Origin to Cape Canaveral, where he plans to build and launch spacecraft by the end of the decade.