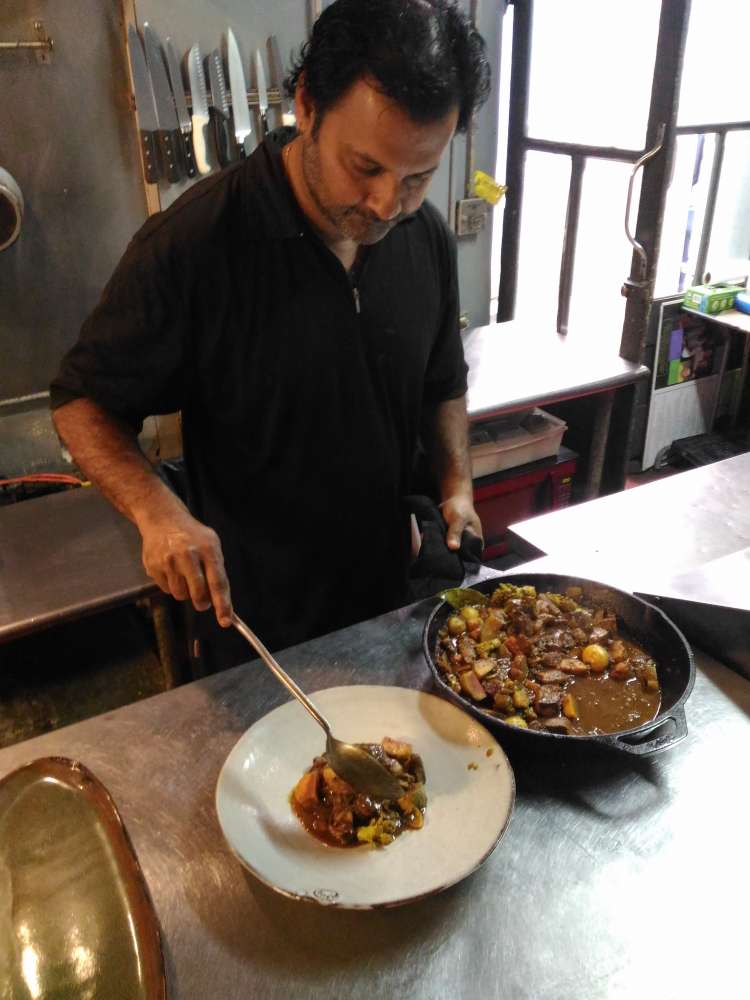 Can hearts and minds be changed through the stomach? Chef Hari Pulapaka, who  owns Cress restaurant in DeLand, says after President Trump’s executive order on immigration he wanted to highlight the cuisine of the seven countries on the travel ban.

Next Sunday, Pulapaka will prepare recipes from the countries named in the executive order for 300 guests. They’ll sit down for a seven course meal at tables on the street outside Cress.

90.7’s Matthew Peddie caught up to Pulapaka at his restaurant kitchen where he was working on a couple of dishes from Somalia and Iran.

Scroll down for recipes for the beef marak and polow.

Pulapaka says the idea is to “tell stories via the medium of food.”

He hopes the meal can be “a catalyst for further conversation and spreading the message of love through food, and not putting up walls, so to speak.”

Pulapaka says there’s been some backlash to his plan.

“We’ve gotten a good number of emails and phone calls from folks who’ve threatened to boycott our restaurant, and say they’ll never come back. Folks who tell me to go back home, go back with the immigrants. Don’t stay here, that sort of stuff,” says Pulapaka.

“But I can tell you in no uncertain terms that the amount of positive, encouraging feedback we’ve received dwarfs completely the negativity that’s come about,” he says.

Pulapaka rejects the notion that food and politics don’t mix.

“To say that it’s a mixing of two worlds that don’t necessarily belong together is not only a disservice, it’s actually harmful,” says Pulapaka.

“I think it promotes the idea that we in the food business are expected to just be servants. Just shut up and cook is often the message, you don’t have to talk about politics,” he says.

“That’s something I stand up against, the idea that we don’t have a voice because we’re workers.”

okra (if available, I didn’t have it)

sumac, ground (if available, I didn’t use this, but will)

Click here for directions on how to prepare the beef maraq

dried fruit (I used cranberries. Apricots and/or raisins are good)

Click here for directions on how to prepare the polow.