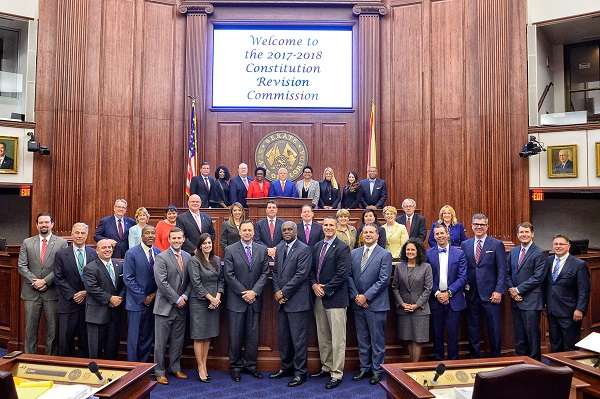 What do you know about the separation of powers of the different branches of government in Florida? How important is the independence of the judiciary?  What does the Constitution Revision Commission do?

According to one survey, only one in ten Floridians are aware of what the Constitution Revision Commission does, so the Florida Bar has launched a public education campaign to get people up to speed.

Sandra Diamond, Chair of the Florida bar special committee on the 2017 Constitution Revision, joined Intersection to deliver a crash course on civics and the CRC.

“Since the last CRC met 20 years ago, we now have about 5.4 million more Floridians than lived in the state at that time,” said Diamond.

“In the last five years alone, we have another million and a half people who have moved into Florida who have never experienced this process.”

Diamond said The Florida Bar did its own survey to ask people if they had ever heard of the Constitution Revision Commission and know what it does.

“Only about one in ten people indicated they knew anything about the CRC process,” said Diamond.

Diamond said it’s difficult to try to inform the public about the CRC, but it is important that the community knows about it.

“When these issues go on the ballot, they are complicated issues and…people have to pay attention to the process as it’s happening,” she said.

To learn more about the CRC process you can visit protectfldemocracy.org