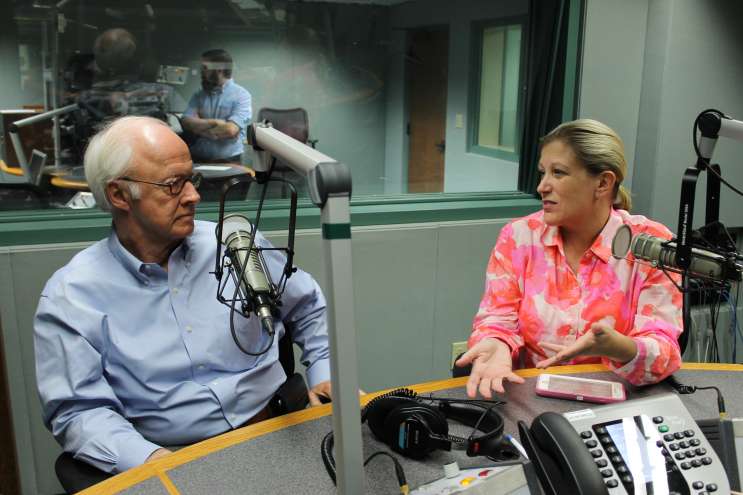 Adam Putnam and Ron DeSantis faced each other for a second and final debate Wednesday night.  The two GOP candidates for governor agreed on healthcare but differed on issues like the environment and campaign funding.

Republican political analyst Michelle Ertel tells Intersection that although Putnam had a head start in this race, he is now falling behind following Trump’s endorsement of DeSantis.

“People knew who he was going into this, but DeSantis has the Trump endorsement which Putnam said that he wished that the president had not put his thumb on the scale,” Ertel says.

“They were bitter. They were very personal going after each other. You have to go negative when you’re behind. Negative works, we don’t like to say that, but it works in campaigns,” says Democratic political analyst Dick Batchelor.

But both candidates seemed to be in agreement on healthcare.

Batchelor says the environment is going to be key in the primary. He says he also hasn’t any candidates specify a course of action that can rectify the issues seen, like red tide and toxic algae.

“Environment is a big issue but as far as Democrats laying out a plan, there’s not been very much except the talk about the Everglades,” Batchelor says.

“He might have information we don’t have, but you know the national security agency leaders last week in the White House basically said the Russians are trying to meddle with and interfere in our 2018 election, so I have to believe that they are,” Batchelor says.

“It’s unsubstantiated because my information is that it just simply didn’t happen. Not that the Russians didn’t want it to happen, but it didn’t,” Ertel says.

In the Orange County mayoral race, Batchelor says the candidates have not been torn apart by any one issue.

“As far as the issues, they talked about job creation, public safety, things like that. But really there’s not been one issue, that I think, been able to tease apart this race where one candidate’s broken from the pack,” Batchelor says.

“I think Seminole County’s looking to find out [the Orange County mayoral candidates’] views on the rural area and that transitional area because that is a huge issue in Seminole County right now,” Ertel says.