Intersection: Ending Poverty, One Person At A Time 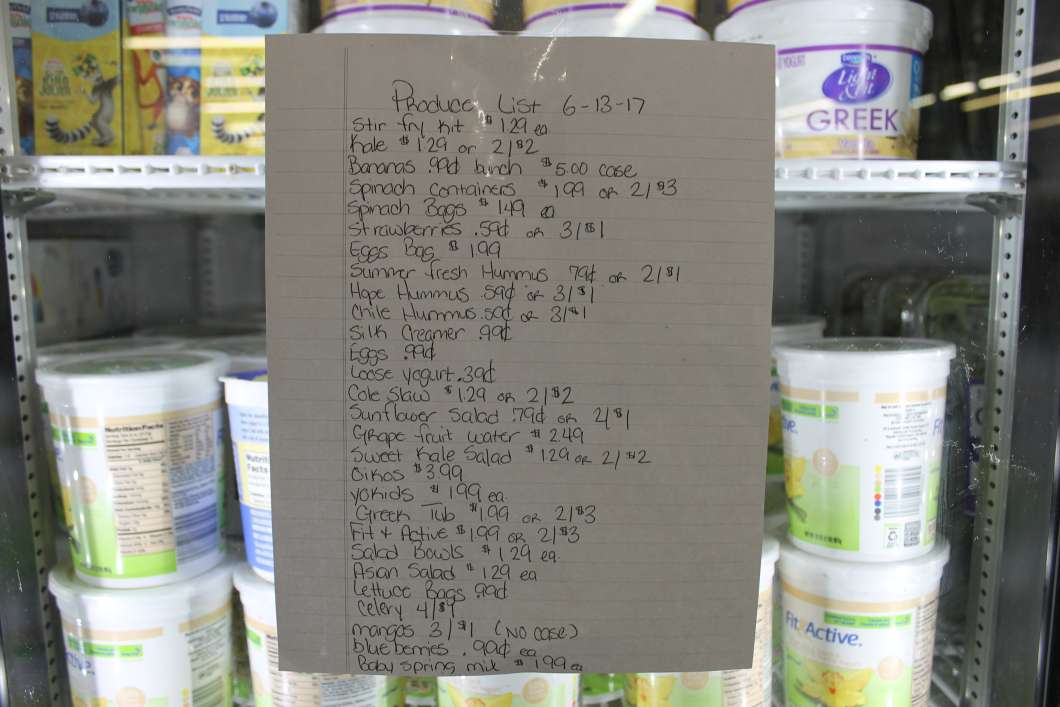 United Against Poverty's Orlando grocery program offers groceries at a fraction of retail price for members who are at 200% or lower than the federal poverty level. Photo: Matthew Peddie, WMFE

How do you pay the bills and buy groceries if you’re one of the working poor? Every day hundreds of people come to the Orlando non profit United Against Poverty’s grocery store to buy essentials they couldn’t otherwise afford.

The Orlando Campus on West Michigan Street, on the border of Holden Heights, offers groceries at a fraction of what they’d cost at a regular grocery store. Near the produce section, Willie Bennett surveys the shop floor, a bluetooth headset blinking in his ear. Bennett spends his days on the road picking up food from donors around the city- and as far away as Tampa.

Without the grocery program,”most of the people in this community, wouldn’t be able to shop and get fresh fruit,  decent fruit, organic products to feed their families,” says Bennett.

“This is a staple in this community. We must have this- this has to go on. And then from the looks of things, we need ten more of these places,” he adds.

What were the grocery program members doing before United Against Poverty opened its Orlando campus?

Executive Director Eric Gray explains to join the grocery program, you have to be at 200 per cent or below the federal poverty line. For a family of four- that’s a household income of $48,600.

“Very few communities in the United States have a working poor rate over 40%. We’re the highest by far,” says Gray.

Gray says the non-profit’s goal of ending poverty goes beyond the grocery program. The campus houses other services too.

“The unique nature of this program is that people are coming to us,” says Gray.

“Agencies that might traditionally have to go out and seek to help people, like the Zebra Coalition which is working specifically on LGBT youth, or the Homeless Services Network which is working to get families and individuals into housing, they come and set up here, because people they serve are here,” says Gray.