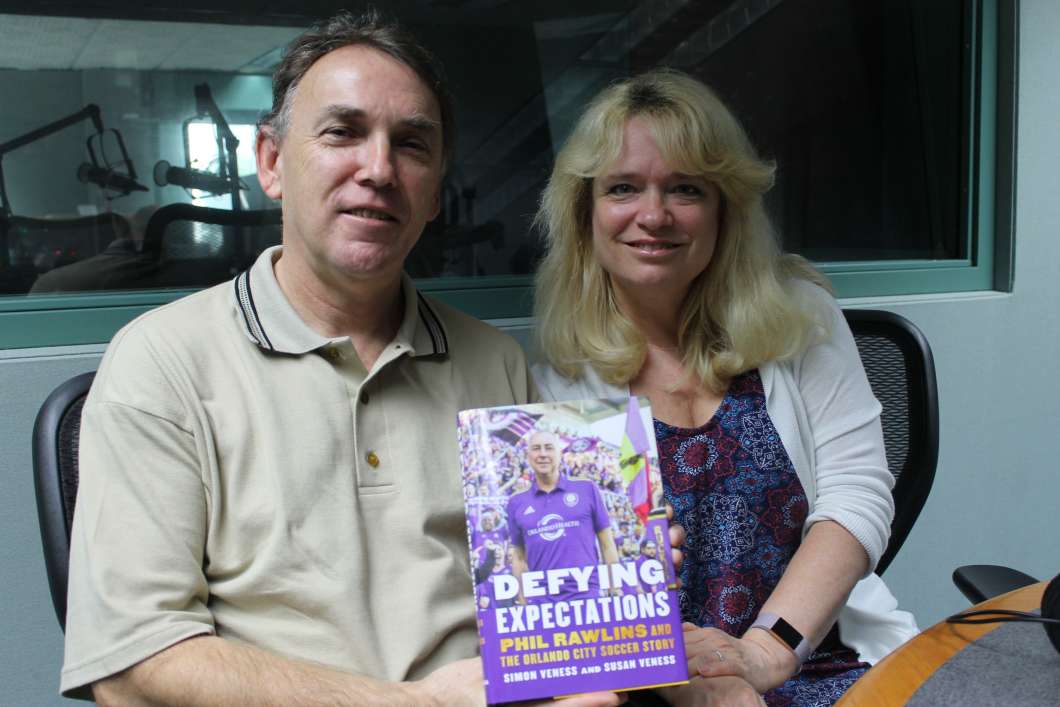 The authors of Defying Expectations: Phil Rawlins And The Orlando City Soccer Story say Rawlins came from a working class background in England.

“From those very humble roots, he then created a company that was sold for a quarter of a billion dollars in 1999,” says Simon.

“And that’s the kind of thing that really grabs your attention.”

Susan says Kay Rawlins also played a big role “bringing the community together around the team.”

And there’s something unique about how fans react to the sport of soccer, says Simon.

“It’s a purely visceral and fundamental human connection, that really goes back to soccer’s roots in the early part of the 20th Century,” he says.

“It’s so amazing that we’ve got it here now in Orlando, in 21st century Orlando, which has this modern urban face, and we’ve got this ages old connection with community, and this wonderful human theater.”

“You can see the impact of the community, every time you drive around,” adds Susan.

“You can’t drive more than a mile without seeing an Orlando City magnet on the back of a car. They’re everywhere.”