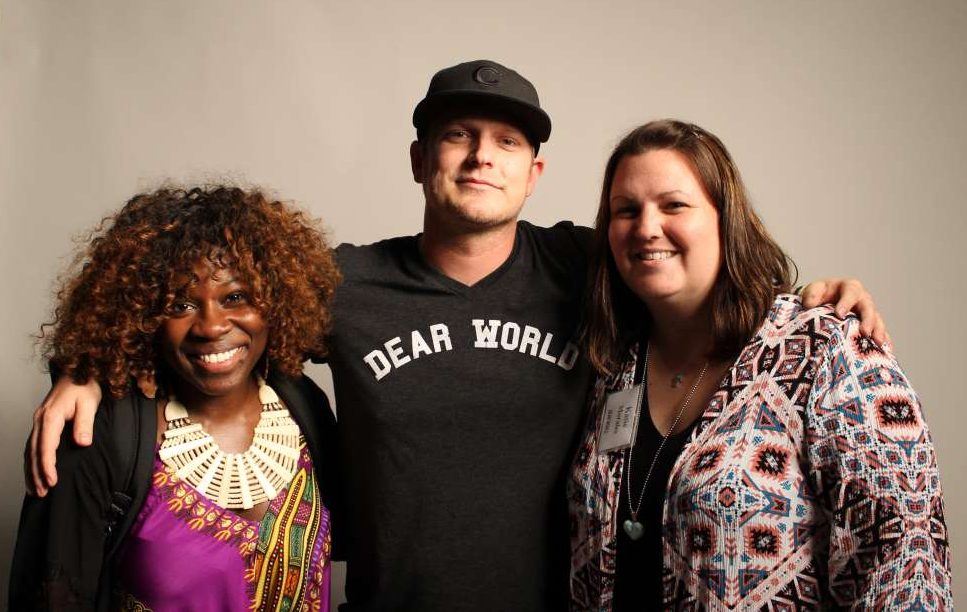 Robert Fogarty started Dear World in New Orleans, after Hurricane Katrina, when residents were writing messages to the city. The subjects in this photography project write a message on their skin, then pose for a portrait.

This week, Fogarty and a team of producers and photographers came to Orlando to make portraits of people affected by the shooting at Pulse. Field producer Katie Godkin Morales and storyteller Fresh Johnson talked to us about the Dear World project.

“We invite people to share stories about someone or something that they love,” says Johnson.

“And these portraits are ideally tools to be used to share the stories that only they can tell,” she says.

So how do you distill someone’s story into a single phrase or a few words?

“You know, sometimes you get people sharing these stories that they’ve never shared with anybody else, and that’s probably the most powerful part, watching people get to know themselves instantly.”

Godkin Morales sees the photos as a legacy for the portrait subjects.

“Sometimes we get so lost in social trends,” she says.