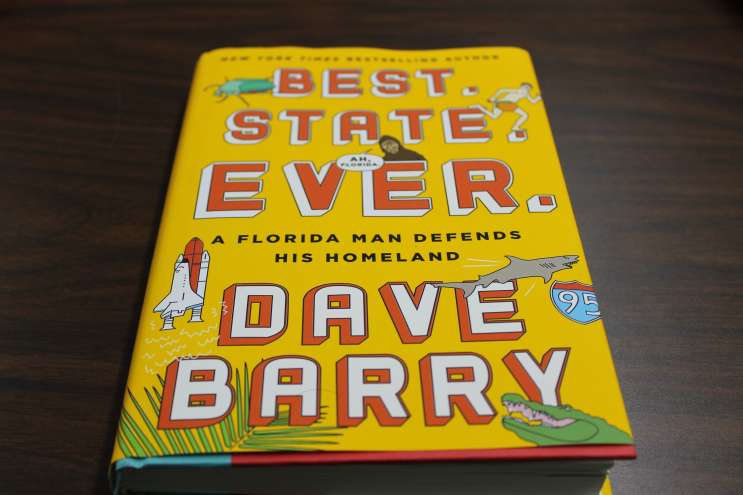 Pulitzer Prize winning humor writer Dave Barry has been defending – and sometimes laughing at – his hometown of Miami for decades. In his new book, Best State Ever, he takes a road trip to find the charm under the weird veneer coating the Sunshine State.

“In recent decades, the whole state has become the laughing stock of the entire country,” said Barry.

“Stupidity and weirdness may be our two greatest natural resources,” he said.

“First of all a lot of that stupidity and weirdness is committed by people who came from other states, states that make fun of Florida, they end up moving here. And also beneath that veneer of weirdness there’s sort of a charm to the state.”

Barry said the tradition of making fun of Florida probably dates back to the 2000 presidential election.

“I think every election year where Florida threatens to have a say in the outcome, and this is one of those years, people get very nervous. And well they should,” said Barry.

It’s not just because Florida is a ‘purple state’ with a lot of electoral votes, said Barry, adding Florida has had a lot of problems with simple things like counting votes.

“I’ve proposed, not entirely jokingly, that we should not be allowed to have electoral votes. We should give our votes to a state like Wyoming that knows how to count its electoral votes.”

“Some of the people are actually pretty decent musicians, but we don’t practice. We’ve raised a bunch of money for literacy causes,” said Barry.

“So we keep playing. Every now and then we get together, although I can’t say by popular demand because there really is no demand for our music. Roy Blount Jr. calls it ‘hard listening music.'”