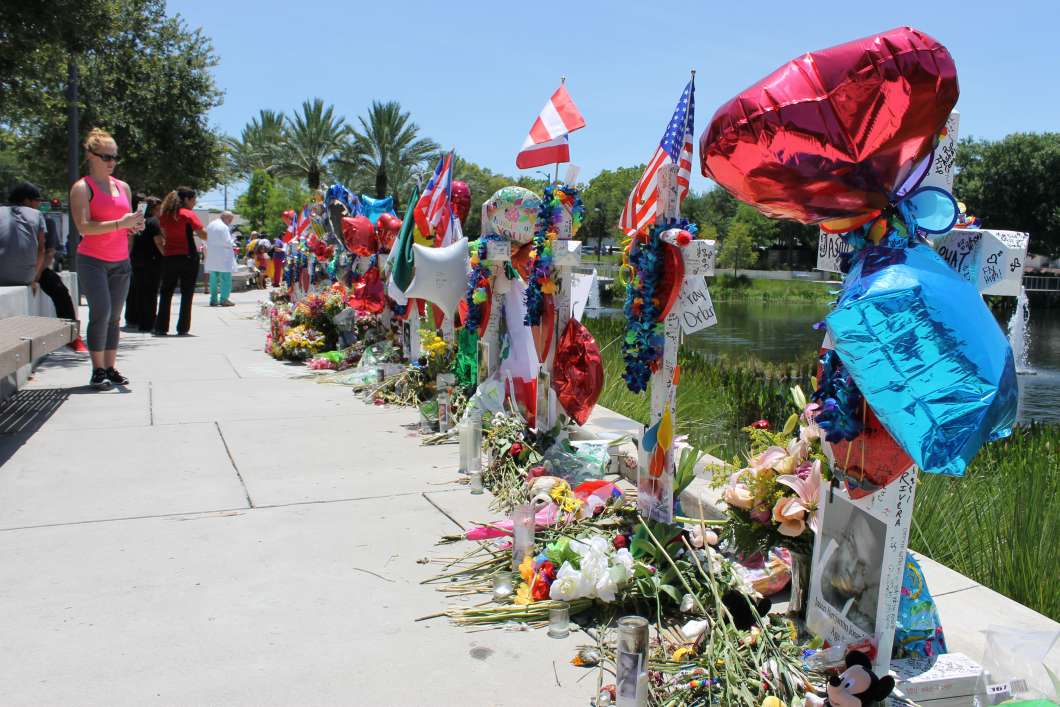 The 49 memorial crosses hat were placed outside ORMC in 2016 are among the items collected for display by the Orange County Regional History Center. Photo: Matthew Peddie, WMFE

In the wake of the shooting at Pulse, the community responded in different ways. Some gave blood, some left memorial items and others chose to honor the victims with tattoos.

At a tattoo studio in downtown Orlando recently, survivor Yvens Carrenard got a tattoo of a woman’s face with a leopard head-dress.

“It’s always going to remind me to be strong, you know, remind to keep fighting, remind me to make my life something, because there were people that were taken away from us for no reason,” said Carrenard.

“So that’s what this tattoo symbolizes, you know, keep fighting, stay positive, and make our dreams come true,” he said.

911 dispatcher Jessica Brooks became friends with Carrenard after the shooting. Her tattoo is a butterfly with the words ‘Look for the Silver Lining.

“I’ve always called him and the other survivors my silver lining,” said Brooks.

The thousands of items left at memorial sites around the city have been stored and cataloged by the Orange County Regional History Center.

“Every day presents a new challenge for us,” says chief curator Pam Schwartz.

“We never really know what will come up on any given day, people are moving through their own phases of healing and they come to us at different times, with their own stories, and we just take it as it comes.”