Intersection: What Corcoran’s Appointment Means For Public Education In Florida 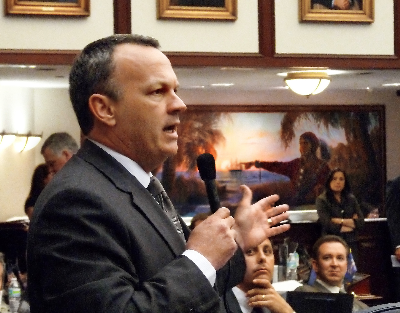 Florida’s new education commissioner is Richard Corcoran. The appointment of the former speaker of the Florida House of Representatives to the role has drawn criticism from those who say incoming governor Ron DeSantis should have picked someone with a background in education, and his support for the expansion of charter schools is raising alarm from teachers unions.

Yet, at least one member of the state board of education which voted unanimously yesterday in favor of the appointment, said he was satisfied Corcoran would support traditional public schools.

From the education desk this week, we check in with reporter Ryan Dailey from WFSU in Tallahassee, about what Corcoran’s appointment means for the department of education.