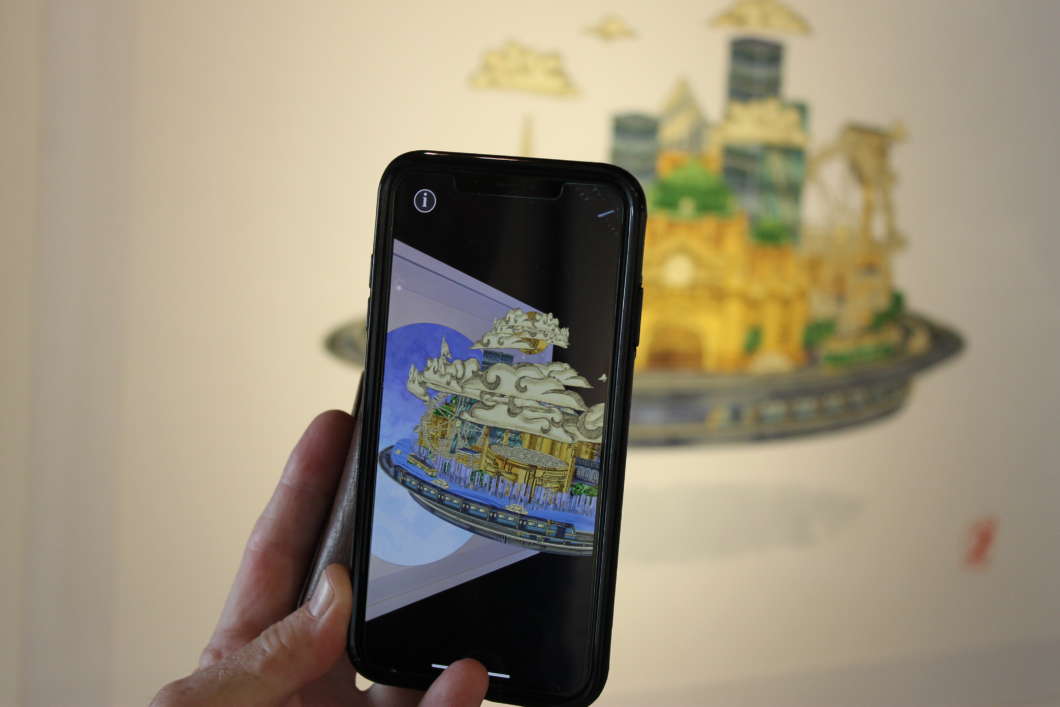 Using an app makes a print by Australian artist Marc-o-matic appear to float off the page. Photo: Matthew Peddie, WMFE

In Pokémon Go, users could catch virtual monsters – in the real world- using their smartphone.

The idea of using augmented reality has spilled over into the art world, and now Orlando residents can experience it for themselves at a new exhibit called City Unseen at SNAP! Orlando on Colonial Drive.

Using an app, two dimensional artworks appear to float off the wall, viewers can walk through an artist’s studio, and murals come alive.

City Unseen launches this friday at SNAP! Orlando on Colonial Drive, and at sites across  the city. Gallery founder Patrick Kahn joins Intersection for a conversation about the exhibit and the use of AR in art.