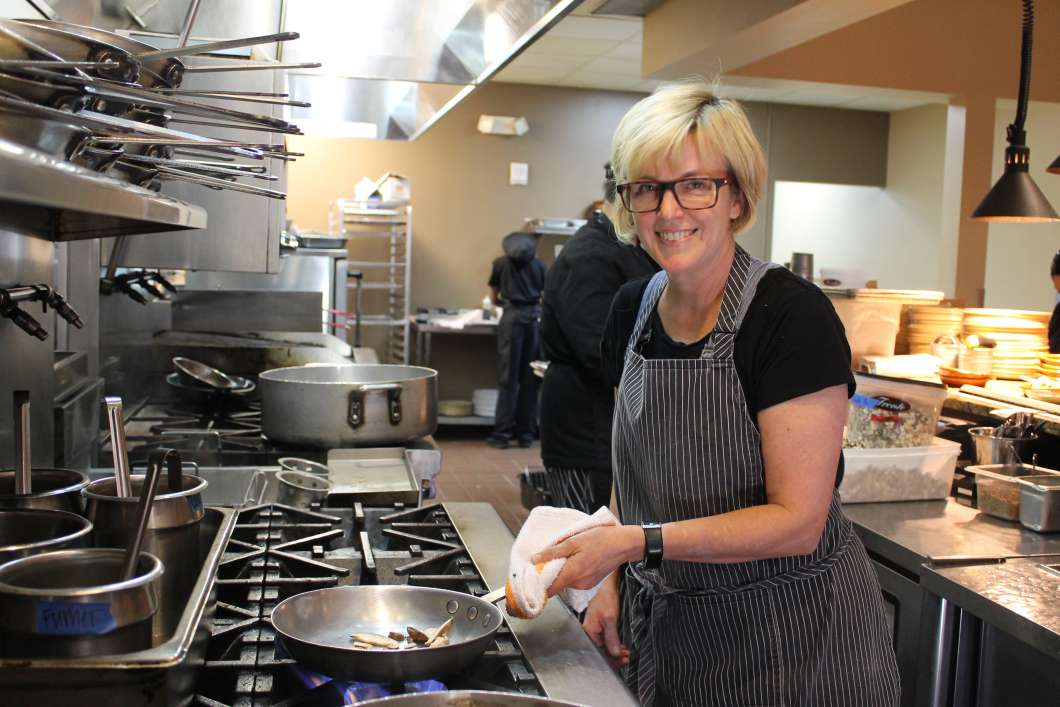 Kathleen Blake, owner and chef at The Rusty Spoon in Orlando, was inspired by her grandmother to start cooking, before developing her culinary skills under the eye of San Francisco chef Joyce Goldstein.

Blake brought a group of chefs from around the country to Lake Meadow Naturals over the weekend for an event called ‘Women in the Kitchen: Legends, Mentors and Friends’, to celebrate the work of the James Beard Foundation in advancing women in the culinary industry.

“I’ve been working on this my entire career,” says Blake.

“I started out in San Francisco, and I had great mentors there that did a lot to promote women in the industry. I learned young, so I carried on and I’m trying to pay it forward.”

Blake says moving to the west coast as a 17 year old was an eye opening experience.

“Never having been any further west than the Colorado Rockies, it was a whole new world when I went out there.”