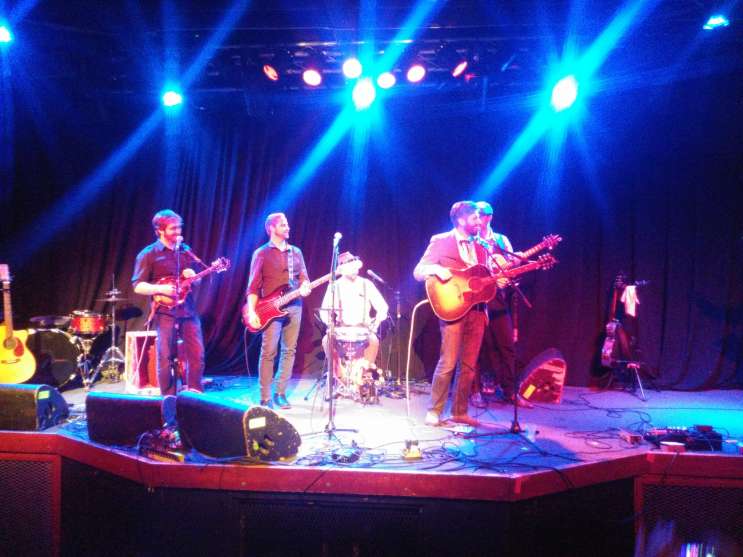 Beemo takes the stage at The Social in Orlando.

Central Florida has a thriving music scene, and this hour we’ll hear some of that music and talk to musicians about what makes this music scene special.

Recorded live at The Social in Orlando, Central Florida musicians weigh in on what it takes to break into the scene and their influences.

Carly Jo Jackson is a 22-year-old musician who cut her first CD at age 17. She was on ‘America’s Got Talent season 9’. She was a finalist in the 2014 Florida grammy showcase, she’s performed at the Florida Music Festival.

Indy-folk newcomer EM has been playing guitar and writing music since 2013. She talks about how despite growing up in a small town, YouTube influenced her music and got her name out there.

Beemo is an Americana band with mountain roots.  Dan Harshbarger guitar and vocals, Anthony Mickle on bass, Justin Braun on percussion, Matt Juliano on guitar and mandolin and Sean Quinn on guitar talk about making time for music and blending a plethora of musical influences into one cohesive sound.

Billy Wright has been described as Maroon 5 meets Lenny Kravitz. Wright and his percussionist Monie first spoke with 90.7 about the state of music in 2013. The two take the stage to fill listeners in on the changes after three years.

Listen back to the live performances below