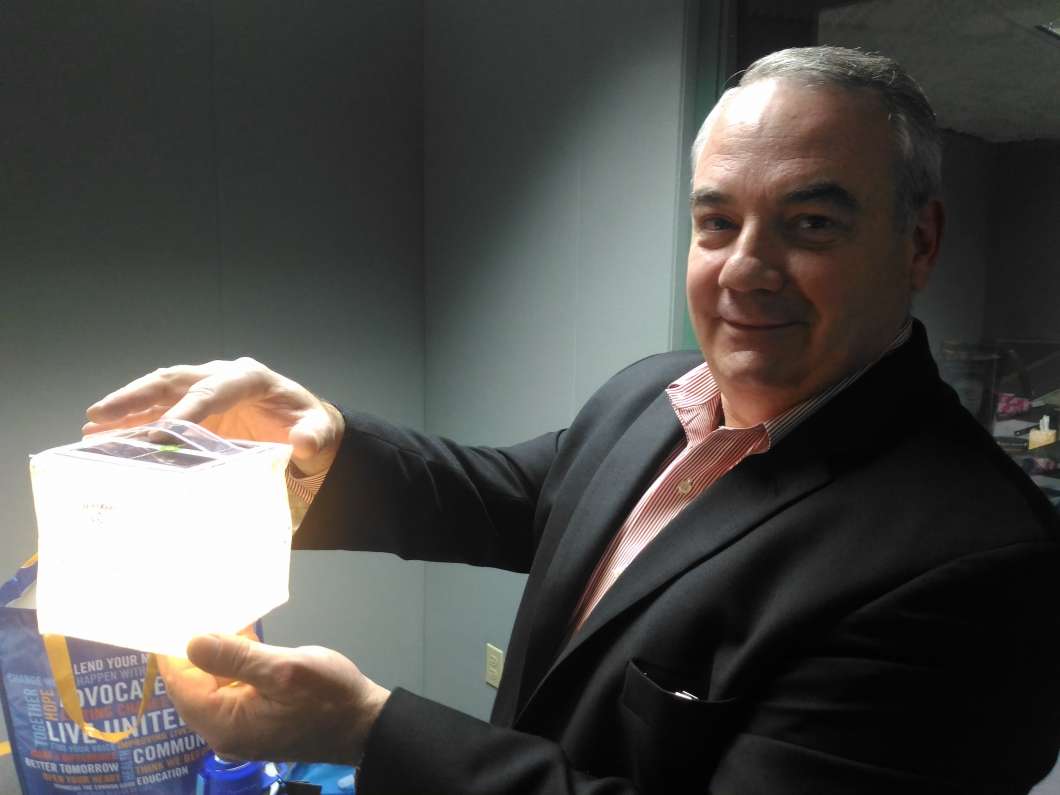 Jeff Hayward holds one of the 5,000 portable solar lamps that Heart of Florida United Way has sent to Puerto Rico

More than 140,000 Puerto Ricans have left the island and moved to Florida since Hurricane Maria, and according to the Orange County Government, 80,000 have arrived in Orlando.

Orange County Mayor Teresa Jacobs wrote to Governor Rick Scott in October asking for help. She said the needs are “beyond the resource capabilities of local governments.”

Heart of Florida United Way has a contract to provide emergency housing for the county, and Jeff Hayward, President and CEO of the non profit, says he’s worried about what will happen after the end of FEMA’s Transitional Shelter Assistance- or TSA- program for people affected by the hurricane.

“When TSA got activated, that’s now beginning to relieve some burden on the need for hotel rooms,” says Hayward.

“Our big concern now is what happens at the end of six months, when TSA runs out.”

Put Puerto Rico and Hurricane Maria aside, Hayward says, there are still 1,000 people moving to Florida each day.

“All those people coming in will create higher demand, and unless housing is part of the economic plan, we’re heading for a crisis.”